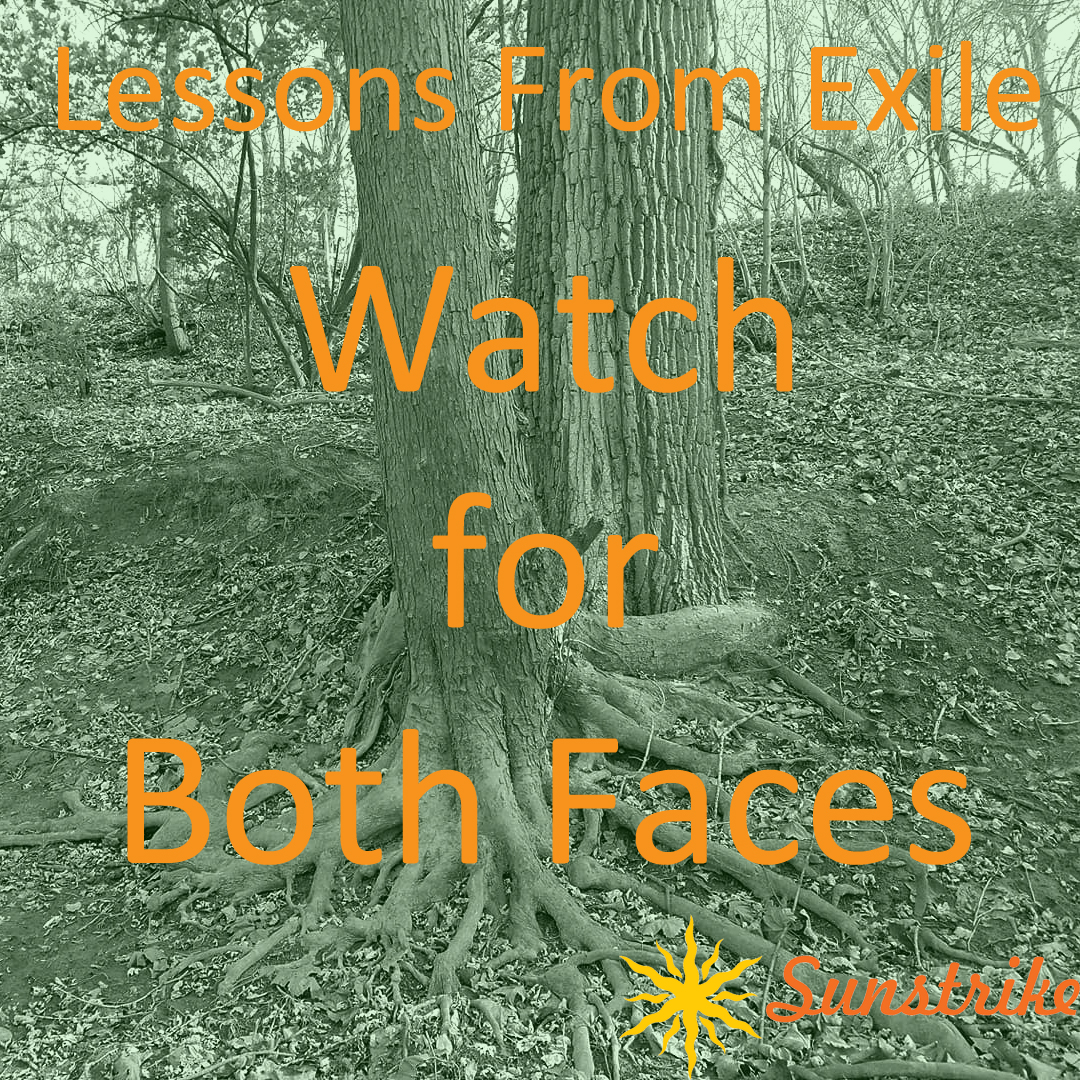 I’ve written a bit about how actions reveal far more than words do. Just because someone sanitizes his speech and pours on the compliments doesn’t mean he has your best interests at heart or even actually respects you. Evaluate the source carefully; he may be manipulating you. There are many people in this world who speak out of both sides of their mouths to hide their true intent.

Just because someone “hears you out” doesn’t mean they are actually listening or give a damn about what you are saying. It may just be that they’ve already decided to disregard you because they don’t see you or what you have to say as important and are paying you lip-service just so you shut up.

So… What are some signs of two faces?

Gaslighting. I’ve mentioned my former employer’s – aka Shithead – habit of doing this quite a bit. One lovely example was his taking my head off loudly just before church service in front of the congregation. I called him on it later. He denied he did it… despite standing three feet from both my mother and the wife of his ministry partner when he did it.

Public attack. Ever had your perceived job performance pulled up during a worship design meeting? I have. It wasn’t just a “let’s discuss this one issue” thing. My former employer brought up everything for an extremely uncomfortable 15 minutes. Two of the members of the worship design team weren’t even on staff. (Not that he should be bringing it up during a staff meeting, either.) When you are attacked in front of people, this is serving several purposes: disorientation, provocation, and particularly alienation.

Complements/Insults. Another great example. Raving about what a great job you’ve done at something… and then later insulting your knowledge and experience, particularly of something you’ve been doing for half your life. It’s your strengths they target the most.

Triangulation. Be wary when they use the words “So-and-so says…” So-and-so may have come to that conclusion based on inaccurate (aka false) information. Or – as was the case when I was “So-and-So” – So-and-So may actually have no idea they’ve even been pulled into it.

It’s a little bit easier to see when you are the target. Here’s the thing: You should also be on the lookout when you aren’t the target. Why? For any other reason than – say it with me – you are probably looking at your own future.