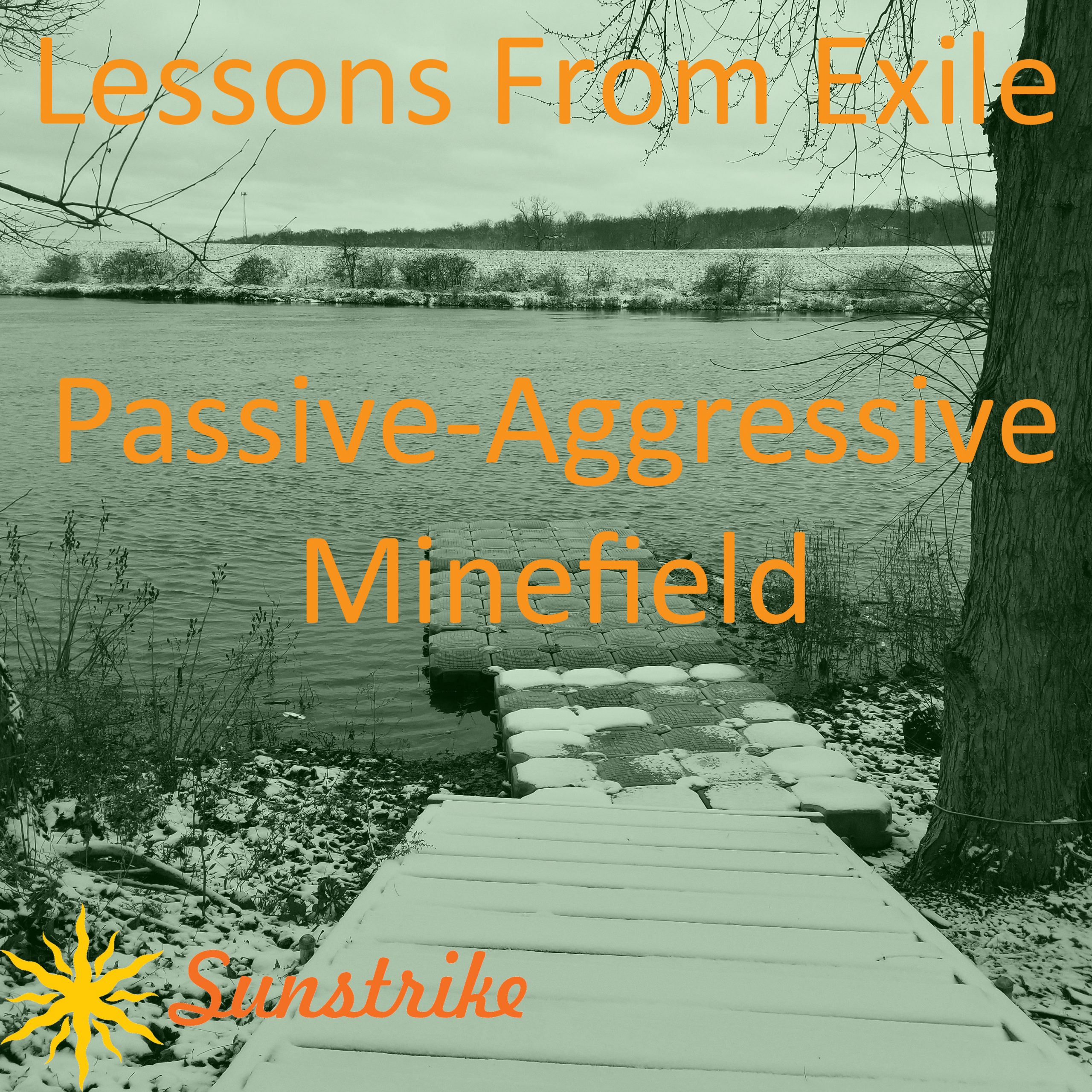 Passive-Aggressive Behavior is no better than Open and Direct Hostility. In fact, I’d say it could arguably be worse because it is intended to provoke an emotional response from the target while the actor puts on an air of “plausible deniability” to avoid being held accountable for their actions. Even worse is that it comes in clumps. One passive-aggressive person in the fold is bad enough. Passive-aggressive people in positions of power gather other passive-aggressive people around them and push others into that behavior and call it “professionalism.”

Everyone making moves and countermoves behind everyone else’s backs and speaking out of both sides of their mouths is not professional. It’s high-level toxicity that throws a bunch of vipers in a pit and sits back to see which one is going to be the first to bite someone in the back. It is outright encouraging an environment where everyone lies, everyone sets other people up, everyone hides their true motives, and everyone steps over and on top of everyone else.

It also breeds an atmosphere where no one wants to call out anything potentially explosive because they don’t want to be the one to set off that bomb.

Put the fucking shit out there. Be direct. Be open. Be honest, even if it won’t be popular. Quit with the plays and counterplays and jockeying for position by sabotaging others. Quit pulling shit and then playing the victim when you get called out on it. Own your fucking shit or stop throwing it. And don’t pretend to be on the same page “or so-and-so’s biggest fan” when you are actively setting a trap. Actually try to work your shit out.

Because guess what… Your shit will catch up with you. And it won’t be pretty. Especially if you have the nerve to call yourself a church. Throwing a smile on your face and pretending to be innocent doesn’t make you innocent or trustworthy. It just means you’re a snake that doesn’t want to be held accountable for your actions.