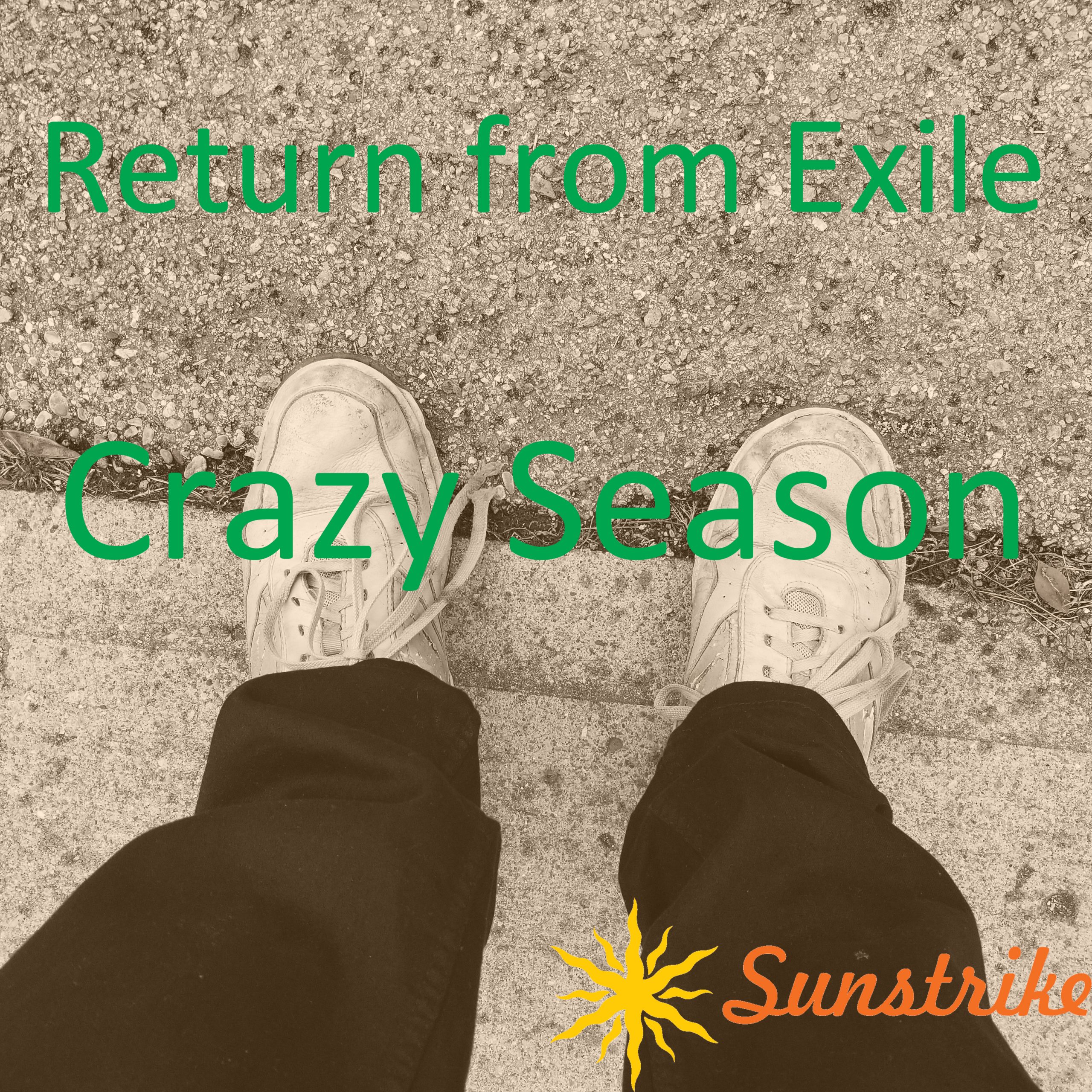 Welcome to Crazy Season. That is just the best way to describe everything going on. The holiday season always seems like that, between gatherings, gigs, and church… You know… All the stuff that was cancelled this time last year when everything moved indoors. Church for me is a bit bittersweet due to reasons that I have gone into way too much. Gigging had a good run, but it is winding down for 2021. The first six weeks of the year tend to be dead when it comes to bookings. I didn’t mind the breather so much in previous years because I usually welcomed the time to decompress.

This season is a bit different.

Come January 1, 2022, I have absolutely no idea what is going to happen. None. Zippo. Zilch. Nada. Everything that I could possibly be involved in is up in the air. All of it could drop at once… or possibly, none of it will go anywhere, with varying degrees in-between. I don’t know and there isn’t really anything I can do about it. I’ve taken whatever steps I can and everything else is in hands that aren’t mine.

It’s possible that January 1 will kick off a brand new season of kicking ass and taking names. Or… It is just possible nothing will bear out and I’ve only managed to embarrass myself. Considering that I have been treated like a joke for most of my life, I’m not really worried about that last part. Five more minutes, weeks, or months aren’t going to hurt me.

No person in all of history has ever accomplished anything by avoiding danger at all costs. Safety is a trap. If you ever want to do anything of value, you have to risk possibly getting burned. Just remember… Getting burned is fucking painful. God knows that. He sent His Son to straighten everything out knowing full well that we were going to kill said Son out of ignorance and jealousy… and He still keeps dealing with us.

In addition to the five thousand things flying around over my head, I have been keeping an eye on the COVID situation. Everyone in my household has been vaccinated and only one person has not been boosted yet. Even so, I recognize that my occupation is the highest risk, being around the most people in closed buildings. Just because I’m wearing a bulletproof vest doesn’t mean it’s wise to stand in front of a firing squad. With Omicron surpassing Delta as the dominant COVID strain and hospitals already nearing capacity, I’m considering whether I should stop scheduling any more gigs or churchwork until March. I’d rather not, from both a spiritual and financial standpoint. Those six months I took off last year wreaked havoc along both fronts. My bills haven’t gone anywhere. That said… It’s not just me I need to consider; whatever I catch outside, I risk bringing home to my 78-year-old mother.

Overall, it is just a crazy, chaotic time that doesn’t seem like it will ever let up. Yes, I’m concerned, but I know I can’t really do anything about it. If a heavy snowstorm sweeps in tomorrow and threatens to shut down everything for two weeks, there would be absolutely nothing I could do to stave it off. All I could do is prepare the best way I can, react wisely to the unfolding situation, and pray everything gets back up sooner. There’s no impending snowstorm as far as I know – according to the Weather Channel app with a middling success record – but the current season is much the same way and I accept that.

This Christmas Eve is my second year in a row as a wandering nomad. Sure, I’ve played and directed in plenty of churches, but this is the second year in a row I’ve been floating. Haven’t really done that since 2006! I don’t know; I may never commit to a church home again. That’s always been a matter of the heart for me. Haven’t quite had my heart broken like I did the last time I “settled.” Even so, there is no question that God is still with me. If He wants me someplace, He’ll let me know.

This Christmas Eve, I’ve been tapped by one of my regular stops on my “worship circuit” to direct a choir that has been on hiatus for a couple of years. Directing large groups is actually right up my alley. I’ve been doing it for over 25 years. Recognizing that it is always better for people to have something in their hands, I scored out the arrangements I planned to teach and prioritized them based on expected rehearsal time. When you don’t know what the turnout will be or how the quickly group will learn, prioritization will save you time and energy.

Many people teach from the beginning of the piece. Nope. The best way to go about it is to think through where the piece builds and what the most important part is from a musical standpoint. Where “O Holy Night” is concerned, there are two particular places that I prioritize. The line “Fall on your knees” is what begins that build-up to the high point of the verse. Although I’ve written harmony parts for the  beginning, the harmony at “Fall on your knees” is more important! The other high-priority part is on the last verse – seen as the second ending in the illustration – where the melody jumps the octave on the word “Glory” and often has a hold followed by descending steps to “evermore proclaim.” That jump is the climax of the entire song. If I can get the choir to deliver those two areas of the song, then anything else I’ve scored – such as the beginning – is just potential gravy on top.

That last paragraph? If you know the song, you don’t need my two music degrees and 25+ years experience as a music director to figure out that if those sections aren’t on, the performance is dead on arrival. What I just did was explain to why that is the case. I could have got more technical, but I just gave you a taste of music analysis – aka, explaining how the music works – which is what music theory is really about. (That’s degree #2, in case you were curious. Degree #1 was music education, where I studied to be a choir director.) Any music director that doesn’t take the time to figure out how the music he is directing works and how to interpret it is fucking lazy.

Surface-level lesson in music theory, direction, and pedagogy. Cost me $30K before 20 years of interest, but you get it for free. You’re welcome.

One thing I encourage you to do the midst of this craziness is to just hold your space. Slow everything down. Set aside your time. Evict people from your head. Say no. Identify, remember, and prioritize your individual needs. Anyone who crosses that line, dance them right back on over it. Hold… your… space. Take your time to be with God.

Yes, I’m speaking to myself just as much. It happens. Deal with it.

There’s a reason Jesus kept on getting away from folk. We mere mortals – that He already knew were going to betray, abandon, and kill Him – were probably getting on His last nerve. I know if I could call down plumes of fire and dispatch armies of angels on people who wouldn’t leave me alone, well… Okay… There would probably be no one left in the world. If I had my way, I’d be reconciling everyone with lightning bolts instead of The Father.

Thankfully, God gave that job to someone else.

Though I generally love the Christmas season, there’s a tendency for everyone to manipulate others in the interest of “harmony.” That’s not peace, you all. That’s passive aggression. Peace is accepting and respecting boundaries and finding common ground. Peace is seeing the Sweet Baby Jesus in everyone and celebrating His arrival. This season is about True Love, not that lovey-dovey romantic illusion that you portray to the world.

Wishing you and yours all the best this year and next year. Merry Christmas!