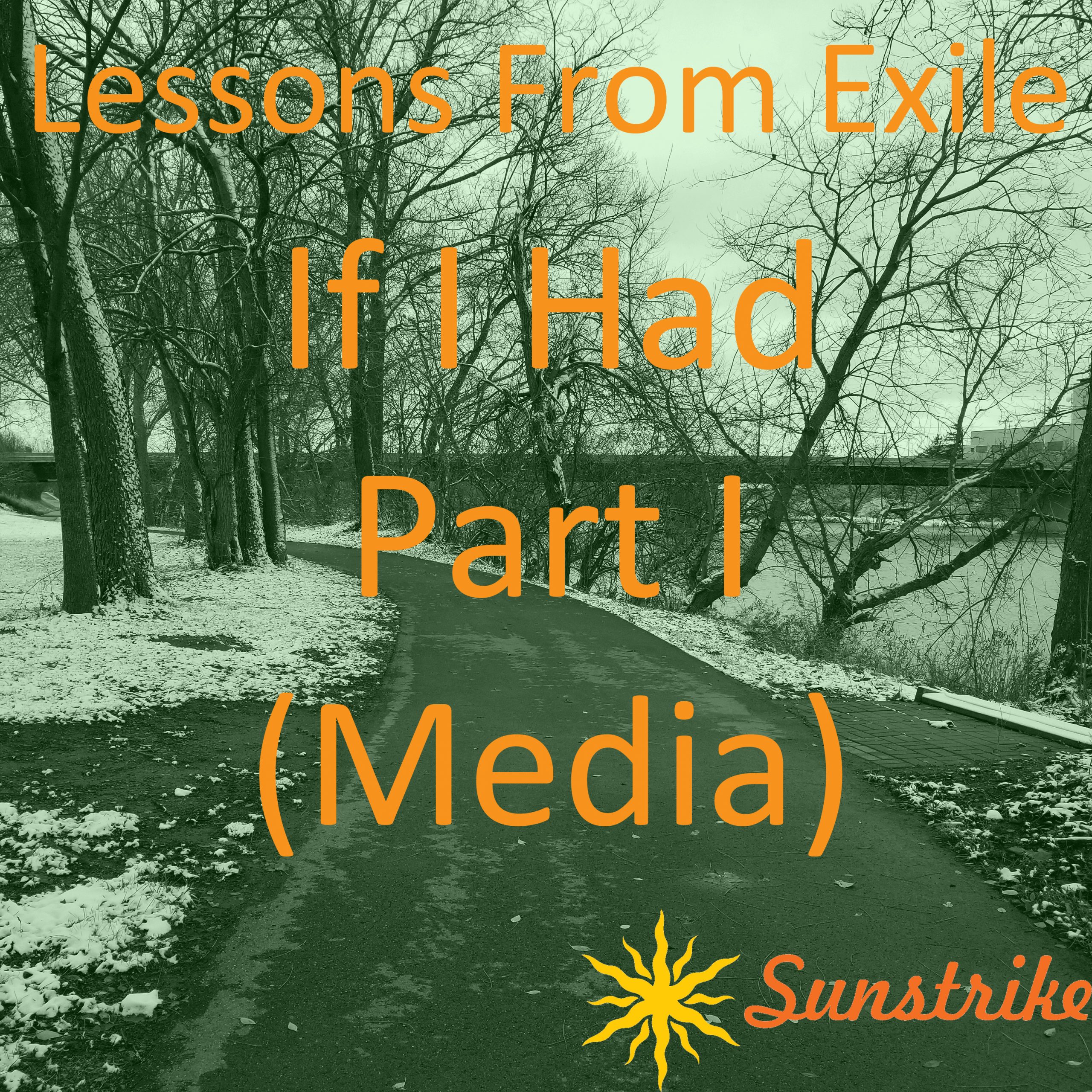 At the time of writing this, I actually wonder if I should write it. In some alternate timeline where 2020 was an amazing year, there is an alternate version of me who was able to operate with full-resourcing, no micromanagement, and no sabotage. He was taken seriously from the very beginning and never expected to justify his very existence or relevance while doing far more than his share of the work. No one was insulting his hard-earned experience or deliberately cutting his voice out of the very ministry he pulled together.

I pray this alternate Kareem is having the time of his life and is actually being paid closer to his worth. I guess the “better salary” part technically falls under “full-resourcing”, but I’m not begrudging my alternate timeline counterpart anything. Rock on, Dude!

So… A lot of these now-100+ “Lessons in Exile” have focused on examples of the gross manipulation I was subject to as well as my bullshit dismissal from a position I built from virtually nothing. As I said back before I started this series, I have no intention of allowing someone to write my story to suit his desired image. If my former employer wants to lie and twist everything, then I’m going to answer with the truth. Dude can’t keep his shit together. Sooner or later, someone is going to start digging, even if it has nothing to do with me.

Now… If I had… A lot of these other “Lessons” have focused on suggestions to improve efficiency, direct more effectively, lead more purposefully, and to just really step out there. I have not talked too much about what I would have done.

The number one thing holding me back – aside from the lying manipulative micromanaging sabotaging bitch I worked for – was the lack of rehearsal/worship space. We were set-up/tear-down and locked in-between 6:30 AM and 12:30 PM. Meeting outside of Sunday morning meant coming together elsewhere on a schedule convenient to our mother church during the week. I went to great lengths to develop and protect the working relationship with our mother church – particularly the worship personnel – because I liked and respected them and genuinely looked forward to working with them across – can’t quite call it “our”, seeing that Shithead made sure to render me persona non grata – the three campuses.

One of the issues I had to tackle – mostly because Shithead drove off the media director, didn’t want to hire another one, sat on his thumbs as our media team dropped off, and then dumped all of this shit on me – was that we needed to recruit and train more people on media.

Before COVID-19 shut down everything, I had arranged for my friends who served at other churches to come in once a month (separately) and just teach the soundboard during service. (The service I ran was the perfect training ground.) One of our regulars was already teaching slides… when he didn’t get suddenly stuck on the soundboard, too. The next part of the plan – derailed by COVID – was to reach out to the media director of our mother church (who is an absolute expert in this area), discuss putting together a series of all-campus media workshops, and in time develop a semi-regular training that would ultimately benefit all of the campuses.

Though we would have to fumble around for about three months until enough people grew confident, it was a long-term solution that would have directly addressed our most dire problem and – more importantly – brought well-needed relief to the grossly-understaffed media servants the church was burning out.

I said in an earlier entry that 80% of being a musical director is solving problems. You can only do that if you are given the space and the resources to do so. There are some people that are more vested in “being the solution” than they are in actually working toward a solution. Very few problems – particularly those that involve staffing – are solved overnight. When you have a constant recurring problem, you must plan on short-term pain to fix it until you have long-term gain. If you can’t weather it, then you’ll just be looking at the same problem again and again.

So… To my former workplace: I just told you how to fix your media problems. Since you don’t have to set-up and tear-down anymore and aren’t locked into anyone else’s schedule anymore, that should solve 80% of your bullshit right there.

Of course, knowing you, you’ll just go right on back to burning out your servants some other way. Have fun with that.

Well… I suppose it does say “Part I” up in the title. I’m not sure how many there will be or in what form, but hey… I’ve got no skin in the game at this point. This is conjecture.