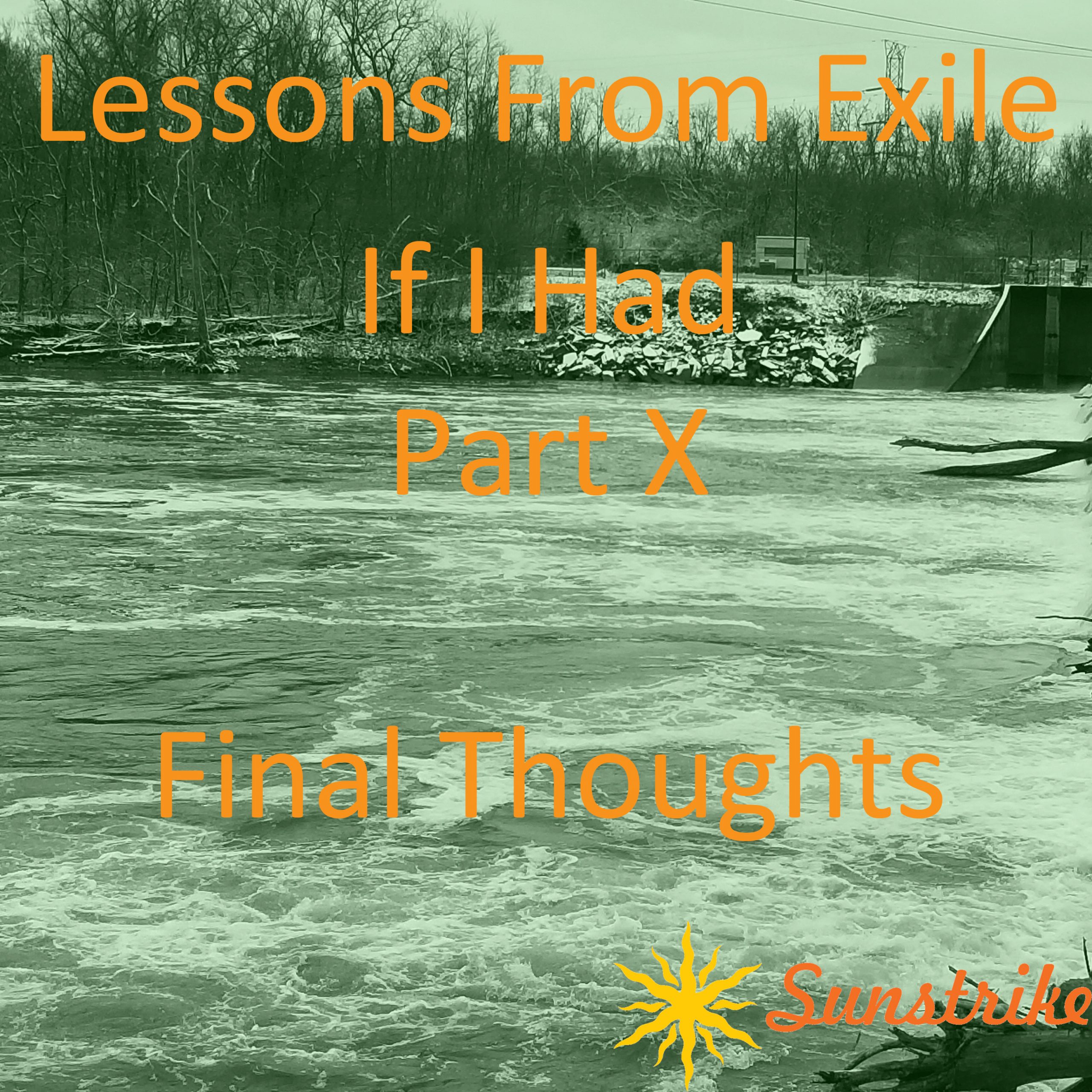 As I mentioned back on New Year’s Day, this is the final installment of the “If I Had” series. I could easily write ten more of these, laying out what I would do to build it out to the next level… and yet… Why? The focus of the series was very much worship as engagement, for the people in the seats as well as members of the worship team. Everything here picked up on seeds I had planted. Relationships I had built with people I cared about. Partnerships that would develop and grow all the time. Yes, risks would have to be taken. And not everything would have been a Grand Slam success coming out of the gate. That’s the thing with innovation: failure is what leads to success.

There is a gross disconnect between what church leadership says it wants and the actions that it takes. No, I’m not just talking about the place-that-shall-not-be-named. The deceptive and manipulative actions of my former employer is just a symptom of a wider ill that values image and influence over True Relationship and Authenticity. Shithead would not have lasted as long in ministry as he has if a lot of people hadn’t coddled and enabled his ass along the way. The problem is institutional and unfortunately, we are all part of the system. Even I was a partner and participant in my own abuse and exploitation.

Yes, I would very much like for Shithead to own his shit, repent for his actions, and make amends for his bullshit. That’s a wish. I know it isn’t going to happen. He would have to acknowledge what he has done to every person he has ever targeted and used.

Even if he did so tomorrow, that will not change the systemic issues that allowed it to continue. The United Methodist Church gathers 5000 times and argues about anything and everything and yet it never confronts the sins its own leaders commit against their own people. Go ahead and threaten to split up citing stances on gay marriage and whatnot, but ignore that many of your churches leaders are just as manipulative and exploitive as the one who used me for to build his shit for three years and fired me during a pandemic just before the payoff.

And no… It’s not just the United Methodist Church, either. This area is scattered with the figurative bodies of worship leaders and musicians and past leaders who have been used by church leadership and callously discarded when said leadership sees greener grass they haven’t even watered. I’m not even going to get into the backstabbing and cutthroat tactics that is rampant among the worship musicians.

So. Yes. I’m more than a bit infuriated, a bit disgusted, and bit resigned that we have a “culture” that claims to be pursuing the Heart of God and the Souls of Man and yet accepts and enables and perpetuates actions that are a disgrace against the very Savior we claim to love and serve. Are you really going to call that a move of the Holy Spirit? Do you really think it is just about a few emotional moments during enterta – my apologies – worship? And do you really think worship is just about the 20 minutes of music during the service? Or about keeping up with or surpassing the Joneses?

Ideas are great, but strategic foresight and execution are what get the job done. Too many worship leaders and directors are only thinking about getting to the next Sunday and their actions and results reflect it. They are seeing the people out in the “pews” as an audience they are entertaining and the worship team – the very people who make their job possible – as mere plug and play pieces to make them look good. And yes, pastors are reinforcing that view and behavior. The language out of their mouths is all Godly and inclusive and yet their actions reveal a thinly-veiled contempt for the people they are claiming to serve… as well as a thin, one-dimensional view as to what worship is and what it could be based on image rather than true relationship.

Everything I’ve put out in this series has been based on things I’ve already done and relationships I’ve already built. As strong as the vision was, I had to take the steps and prove my commitment to it before God brought me the people I needed. That often meant starting well-before all of the pieces were into place. That meant conversations I had with people about how to pull off certain things or what they needed. And yes… A lot of what I dealt with involved working around problems not of my own making and working to rectify them against opposition from people who actually stood to benefit from the resolution.

The vision was possible and it was happening, but now it is dead. Even revisiting what I would do to make it happen or to carry out something to its next logical step is at this point a pointless intellectual exercise. My former workplace is my former ministry partner and his bestie/my replacement’s problem now. Not mine. Shithead is their problem now. Not mine. They have to figure out and carry out their own vision, because they don’t have a chance in Hell of recreating mine. That’s their charge. That should be no problem… since I already did the fucking work that they are benefiting from right now.

Right now, it looks like this will be the last entry for Lessons from Exile. As much as I feel I have to offer for music directors who choose to walk this path, this is a part of my life that I consider to be over. God may indeed surprise me, but for now… The vision was true and the people who came to make it happen were real and genuine, but the last three and a half years of my life was spent building a lie. What I intended to be a multi-ethnic worship experience has instead become a vehicle to elevate people who refused to take the risks and to do the work for an organization that is more concerned about imagery than it is about the very people they claim to be called to serve. That is a mistake I will never make again. I don’t have time to give away to people, much less at a 75% discount.

Should you decide to walk this path, be damn careful who you walk it with because the intention may be to shove you over the first cliff you see after you hand them your backpack. Listen to God. Listen to yourself. And stand for your convictions.