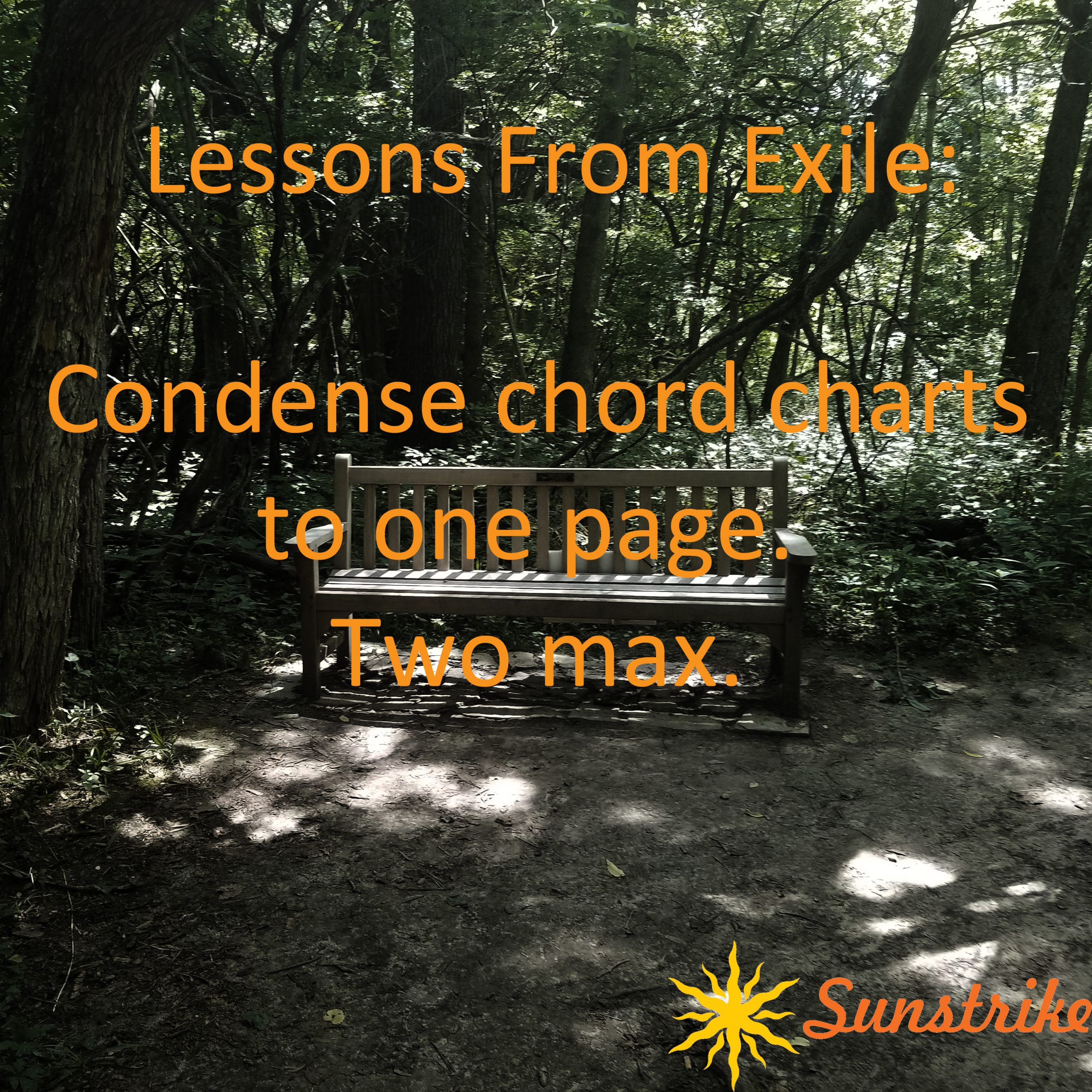 Rule of thumb is that you want your chord chart to be as simple, clear, and direct as possible. The idea of the chart is for everyone to know where they are and what comes next. You WANT the band to learn the form rather than just read straight down and you DON’T want them to take their hands off their instrument to turn pages!

If a verse/chorus/bridge repeats exactly or with minimal differences, then don’t write it out again. Just write “Verse 1” and trust they know how to find Verse 1 on the page and not lose their place. If you’re talking about minor changes the second time, put it in parentheses.

The chord chart doesn’t have to be exact transcription. Provided the band does their preparation beforehand, it should be a general guide. The clearer the chord chart, the better. That means remove any unnecessary duplication.

IMPORTANT: Never ever ever EVER rely on SongSelect charts for hymns. They straight up suck. Write up your own chord chart. If you can’t, get a friend to do so.

ALSO IMPORTANT: Don’t give your band a recording and just tell them to transcribe the chords on their own. Not only is that lazy, but it is plain disrespectful. If you’re leading them, make sure they actually have what they need.