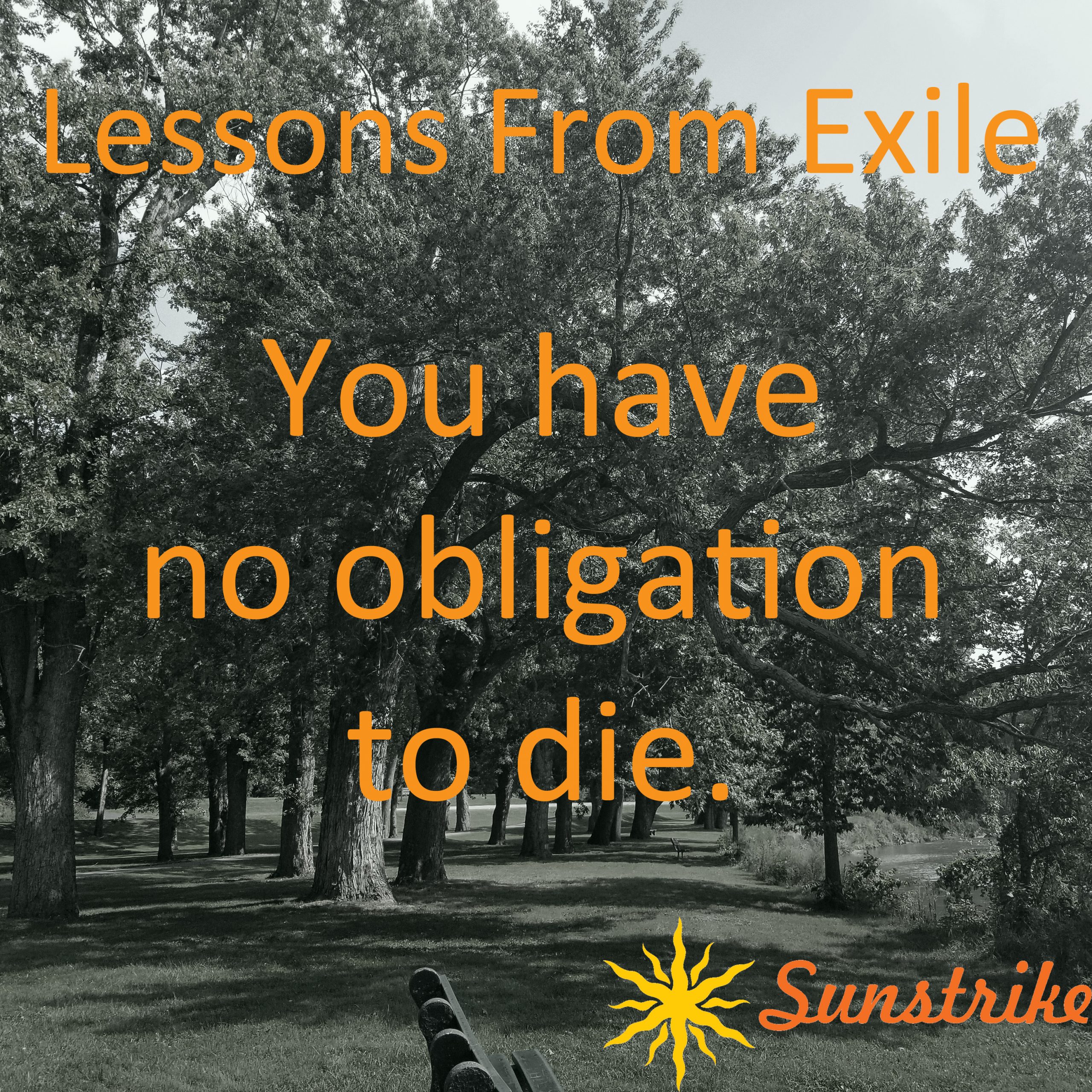 Okay. You will die someday. So will I. So will everyone you love, including those that you will likely choose to love from afar. This is going to happen.

If you have read any part of my blog or social media channels, then you know that I was fired from a position I built from scratch. It had nothing to do with performance and everything to do with a Narcissist who manipulated a situation specifically to have an excuse to fire me. I’d love to say that we parted ways and simply went about our now-separate business, but nah. Dude waited until I did the work setting his shit up and decided to pull the gun.

The “exit interview” was a manipulative shit fest I walked out on after he attempted to “We’ll have to agree to disagree” on SOMETHING THAT ACTUALLY HAPPENED. (Naw, fucker… That’s called lying and gaslighting.) My “sad departure” along with a “fuck you” disguised as a “thank you” was announced in the church newsletter the next fucking day in a throwaway paragraph beneath the one introducing my replacement. I suddenly was barraged with texts and private messages from people asking what happened. And then on top of that, a letter from his wife arrived that weekend to defend him, tell me off, and put the final nail into what was once one of my closest friendships. (A mutual former friend. Not him.)

When someone uses and manipulates other people into doing their work and disrupting your peace, that is what is called a “flying monkey attack.” (Ever watch “Wizard of Oz”? That’s the reference.) He did his work, but he also wanted to take me completely out. It honestly wouldn’t surprise me if I was smeared, too. This was all preceded by preemptively alienating me from everyone else. Once the “coup de gras” hit, I couldn’t talk to anyone.

Well… I could have, but would there have been any point? He has influence and charisma out the ying-yang and started planting seeds of isolation LONG before he made his move against me. Most of the church had never seen me do anything but play piano. (I did most of my work behind the scenes.) I’ll be surprised if anyone even remembers who I am in two more months. I will never win a battle of persuasion, much less against a master manipulator who has perfected it as an art form.

The more I sat, the more pissed I got, and I decided that I refused to fall on my sword for that fuck. What obligation did I have to do that? To “save” a reputation he wanted to ruin behind the scenes? To pretend for the masses that “God was humbling me” because that would fit the narrative he wanted to tell? Why should I enable his actions any further?

Now, I haven’t set foot in that church since then and I don’t intend to. (HA! Knowing that fuck, security is watching for me.) The staff and their families are not talking to me. Fine. So be it. I haven’t talked to any of the musicians – all of whom I recruited – because I don’t want to affect their piggy banks during a pandemic where they aren’t gigging. Generally, I’ve just not talked to many of the people that my former employer and I have in common.

Look… I’ve been alienated before. I’ve had people interfere with mutual friendships before. There’s one guy on the local music scene who called up my places of employment trying to get dirt on me ten years back. The only thing that’s new about this is that my former employer had an overabundance of tools in his arsenal to make it as personal and devastating as possible. He wanted me completely cut off from the community.

You have no obligation to your former employer. (Well… Unless you signed a Non-Disclosure-Agreement as part of your severance package. I wasn’t offered one and wouldn’t have taken it if I were. And given that I only got half of my unused days off paid out… Yeah. Fuck that jerk.) Your obligation is to yourself and your family. Make your decision based on that and that alone.

Just know that regardless of your decision, there will be costs. The costs may be professional, social, or emotional. Weigh them out before you act. In any case, be true to yourself.

It’s your choice, not theirs.