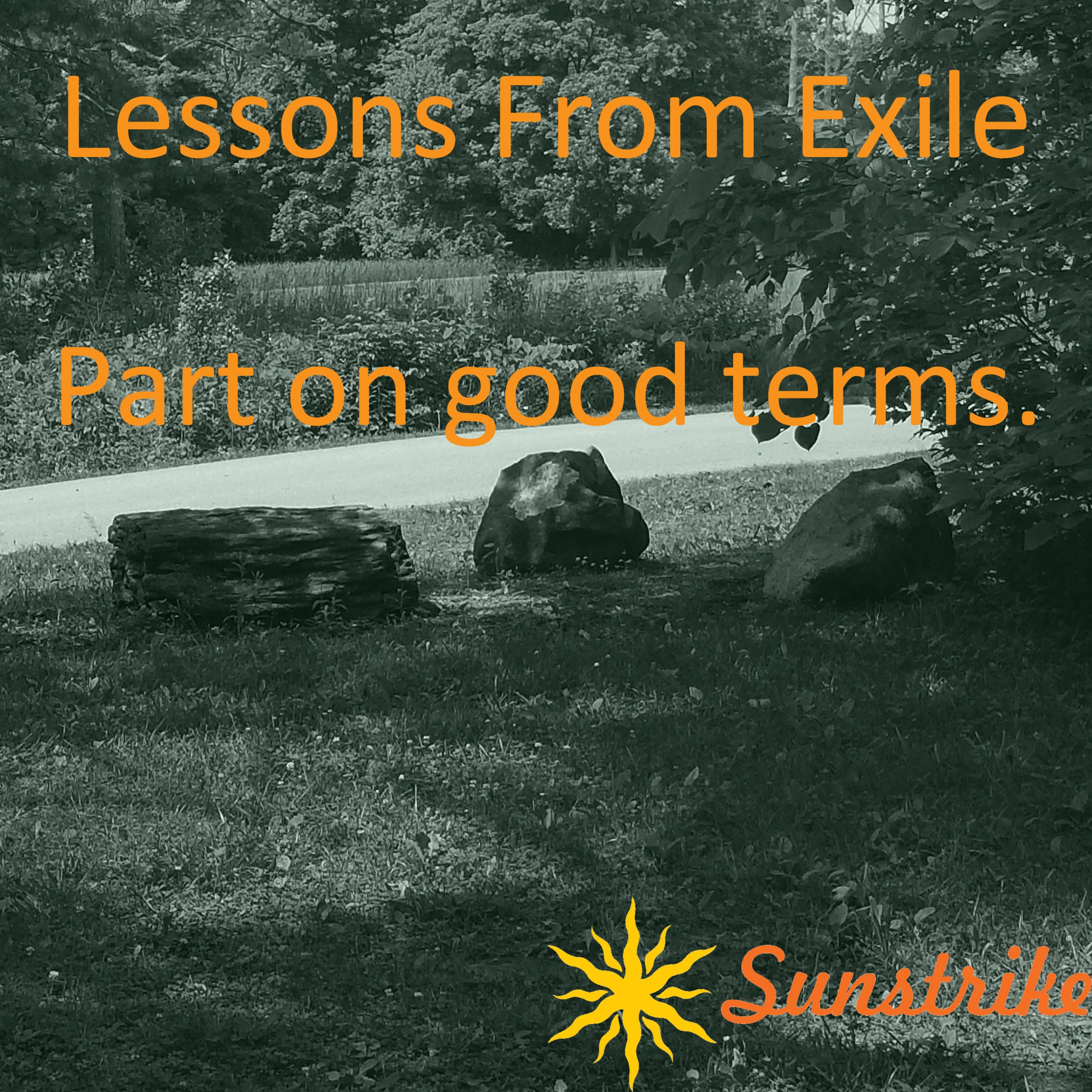 Well… Given that I indeed did not part on good terms – or anything even resembling them – from the position that inspired this series, this may seem like an interesting choice for a Lesson from Exile.

Back in 2005, one of the local community theatres had to unexpectedly cut one of their scheduled musicals. A friend I had worked with before – “Suzie Q” – approached me about putting together a musical revue based on the past 10 years of the theatre’s past shows. After some talking and brainstorming, we put together this awesome vision that turned the idea on its head. The orchestra would be on the actual stage and cast would be performing throughout the auditorium – actually a historic opera house.

The idea was to set it up with round tables, serve light refreshments, and just recreate almost this experience of “dinner theater”… and then the audience find out their “servers” are part of the cast as well! Everyone would be performing out there in the audience. There were a few more concepts that didn’t make it past the initial plans, but this set the stage for when we did our casting.

I would estimate that about a fourth of the cast was NOT in favor of the vision. There was some heated discussion behind the scenes. This was not helped by the fact that I cut a week off the rehearsal schedule right after the casting so I could spend it arranging and scoring the music. Suzie Q and I knew that if we didn’t address the conflict soon that things would get worse, feelings would be hurt, and friendships might be broken forever. So…

I sent an email to the cast again restating the vision… but I acknowledged the concerns of those who did not agree. Some of that was creative choice. Others were just challenges we had to figure out as we went along. (Half of being a director is problem-solving.) Next, I invited anyone who did NOT want to continue with the show to step down. This wasn’t “If you don’t want to do it this way, get to stepping.” It was more along the lines of “This is what we are going to do. If this does not interest you, please step away now so we will not have to make major changes later. No judgment whatsoever. We will still be friends. We’d love to see you at the show… etc.” The point was to focus the discussion on how we had to move on AND show respect/appreciation to those who disagreed.

Don’t get me wrong; it was a difficult email to write, but as much as I wanted to put on a good show, I also wanted to protect the relationships and well-being of everyone involved… even if they would soon cease to be involved.

(My former employer did NOT do that, by the way…)

Yes, Suzie Q and I lost about a quarter of our cast, but we maintained the relationships with the people who left. There was some shifting and tailoring of the plan to adapt to our new new cast, but now we knew who we were working with, we were better able to focus.

Honestly, that was probably the favorite show I’ve ever done. Even with all the hiccups – including one of our weekends being taken away by the opera house – we got everything together. There are actually a few videos from that show on the YouTube channel. Just a heads-up, though. They were taken in 2005 and look/sound like it!

Sometimes the best move is to invite people to leave. Just because you hold the door open for them doesn’t mean you have to lock and barricade it on the way out. Respect them at every point and they will respect you, even when you disagree.