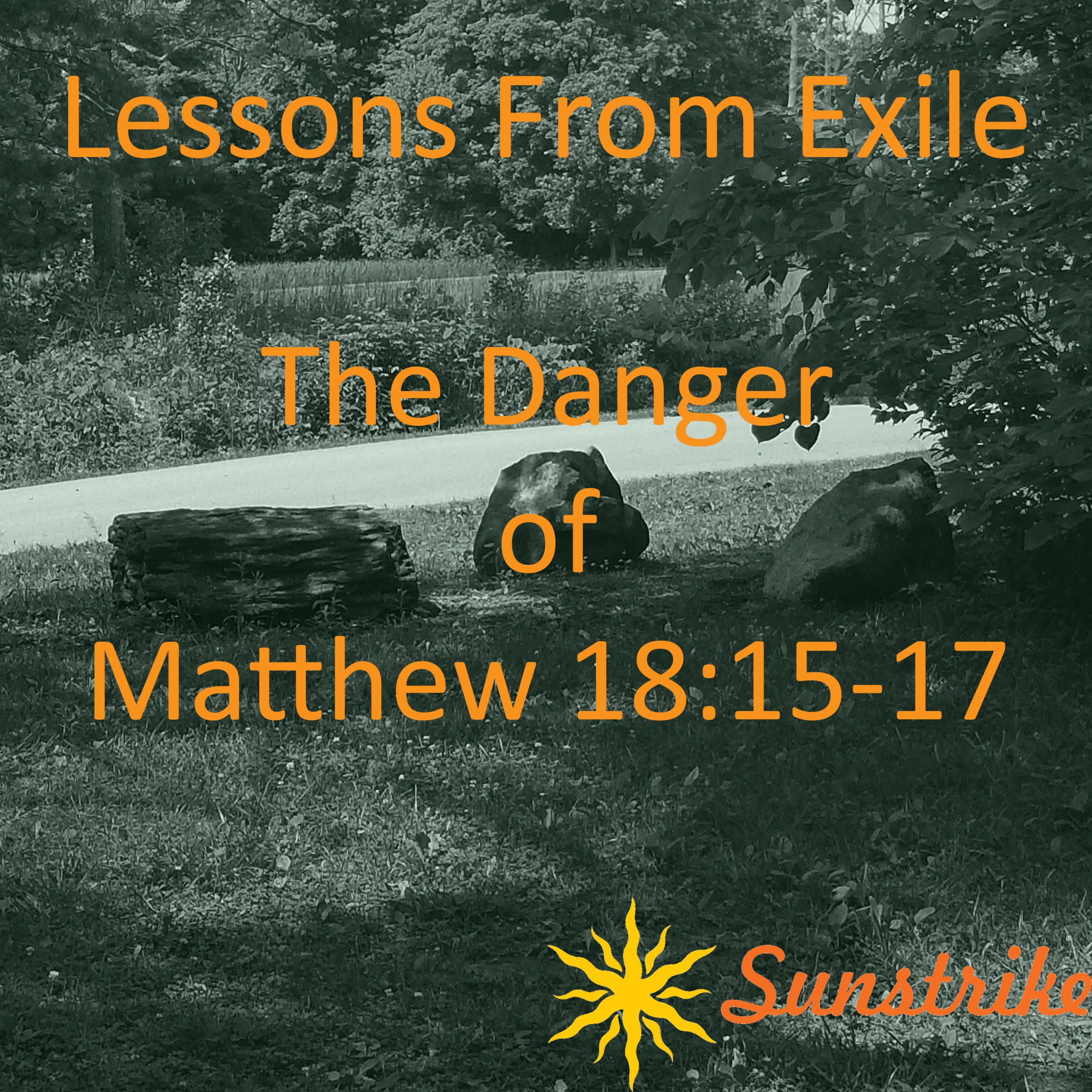 Matthew 18:15 “If your brother or sister sins, go and point out their fault, just between the two of you. If they listen to you, you have won them over. 16 But if they will not listen, take one or two others along, so that ‘every matter may be established by the testimony of two or three witnesses.’ 17 If they still refuse to listen, tell it to the church; and if they refuse to listen even to the church, treat them as you would a pagan or a tax collector.”

Let me begin by first saying that – No – I am not a theologian. My degrees are in Music Education and Music Theory, not Divinity. I have no desire whatsoever to even lead a prayer, much less ever preach. I am not claiming any particular authority. If you allow what I am about to say here to affect you in a deeply spiritual way, then you are a damn fool.

Generally, one on one is the best way to handle conflict. Clear the air. Get it out. Come to an understanding. Move forward. Get it over with so you can move on.

Just be aware that it isn’t necessarily safe and the other party may not be playing by the same “rules”, particularly if there is a power imbalance.

Just because you try to work it out privately doesn’t mean the other party is a.) even interested in working anything out with you at all or b.) intends to keep anything private. It could very well be that the other party is going to use that time to actually go around to everyone else and shore up his narrative of events to see it is the predominating one before you even know what he is up to. As far as you know, the other party could be talking to – say – your ministry partner, your potential replacement, a worship leader at a sister church, the youth minister at your church, laypeople in your congregation, or the rest of the staff instead of actually discussing the issue with you because he wants no accountability whatsoever.

In other words… Have everything and every discussion in writing. If it’s a verbal conversation, it either “didn’t happen” or it is “he-said/you-said.” Document everything on an email account not associated with work. And be on the lookout for triangulation – drawing another party into it, likely with incomplete and skewed information – and alienation.

And don’t be surprised if you suddenly became “the pagan or tax collector.”

I’m not saying don’t do it the right way. I’m just saying to be fully aware that because you do it that way doesn’t mean the other party intends to. The Church’s record where it comes to this sort of thing is not that good.