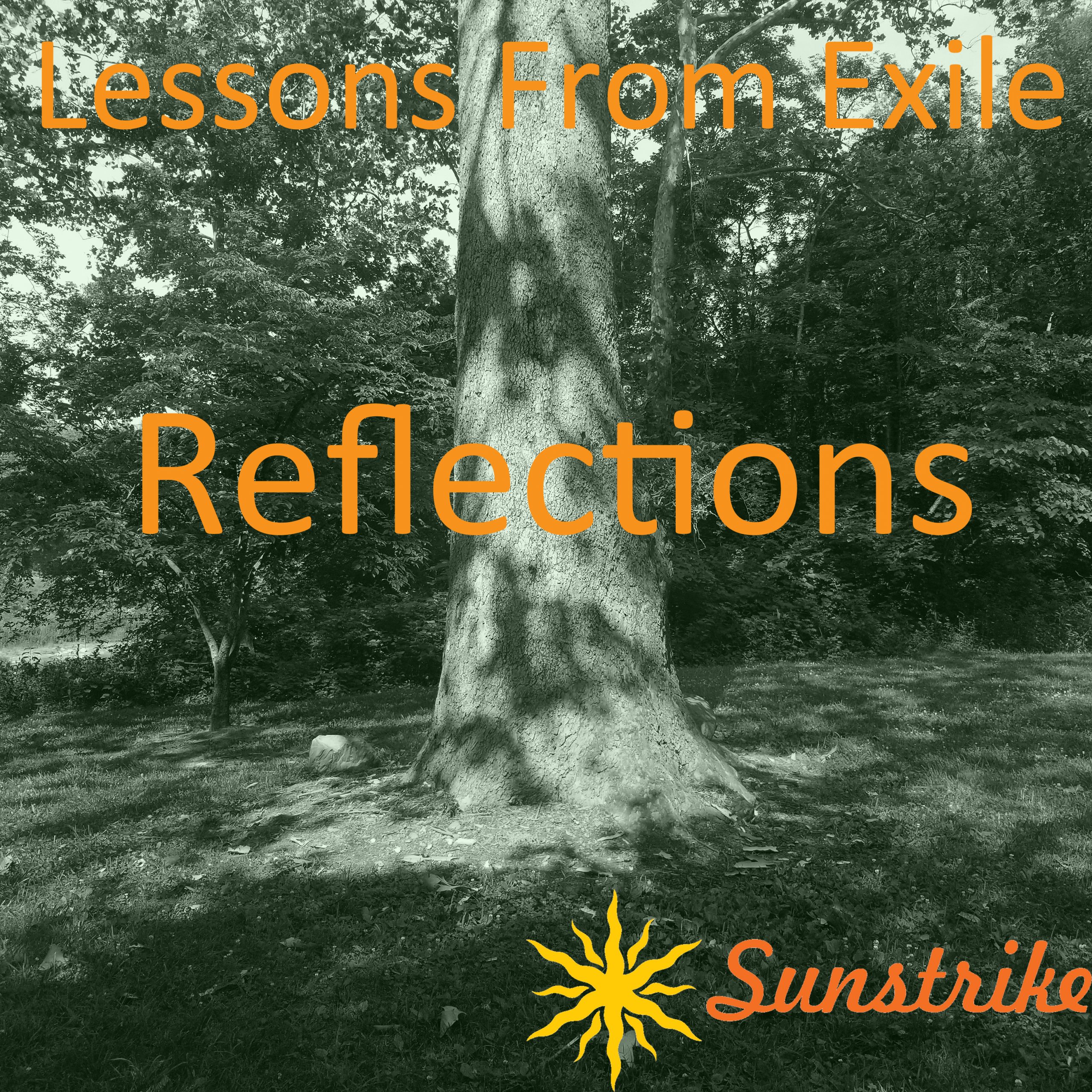 Back when I started writing the “Lessons from Exile” series, I was actually not in exile yet. I was gainfully underemployed and very much in denial about where and how I fit in. Though parts of this series have talked about how Shithead – my former employer – manipulated and alienated me from my coworkers, know that he wouldn’t have been successful if I hadn’t enabled him. Even when my intuition and observations screamed to me that he was pushing my buttons and what his tactics were, I let him convince me that these were products of my mind. That’s what gaslighters do, even when you call them on it! I’ve called him on this behavior several times and he has yet to take responsibility for it much less even acknowledge it. It always seemed to get brushed over.

Remember, I was fired for cussing him out. Never mind that what led me to cuss him out was his lying, manipulating, gaslighting, and (immediately) outright insulting me. Never mind that the day after firing me, he provoked me with a fake public “thank you” – which was really a “fuck you” – specifically to swarm me with people wondering what happened. Never mind that weekend that he had his wife send me a letter to tell me off and throw his ministry partner – who had up to then been one of my closest friends – under the bus.

Yeah. He’s a Shithead. He wanted to do as much damage as possible and let me know he was responsible and there was nothing I could do about it. I suppose in that sense, he was right. He’s got the charisma and the woo factor. I’m just a disgruntled former employee he targeted.

Never mind that in three years, I was the sixth man that was driven out from a staff of less than ten. Never mind that I’m the third man in the church network (that I know of) he provoked to the point of rage. Never mind that within hours of my going public, I heard about how he tried to sabotage another church plant years ago.

Charisma and woo will only get you so far. Your shit will catch up with you eventually. If I can save even one person from being caught up in the same games I was, then putting this entire series out there is all worth it. And frankly… It’s past time that The Church got called out for its bullshit.

When The Church is more concerned with its appearance than it is with being Christ-like, that’s not worship. That’s idolatry.

My original intent when I started writing this series had nothing to do with dealing with church leaders. The idea was to present lessons I’ve learned from over 25+ years as a music director and leader, perhaps develop it into a book, and launch a coaching business. And yet… I recognize now that if I had done that – and didn’t address this part of my experience – then what I would have written would be incomplete. Go figure… Completing it in this manner also effectively kills any chance of my ever continuing in ministry, much less coaching others.

This has turned into a cautionary tale. Music leaders and directors, if you choose to walk this path, then be prepared for the possibility that:

And yes, this is a cautionary tale for Pastors as well.

The “tone” I use doesn’t negate my experience or my content. I’m not obligated to ignore my experience just because it makes you feel bad or uncomfortable. My obligation is to use my experience to help others walking the same path avoid the same landmines. If you feel “attacked” then, repent and be who you are supposed to be. If not, then get the hell out of ministry.