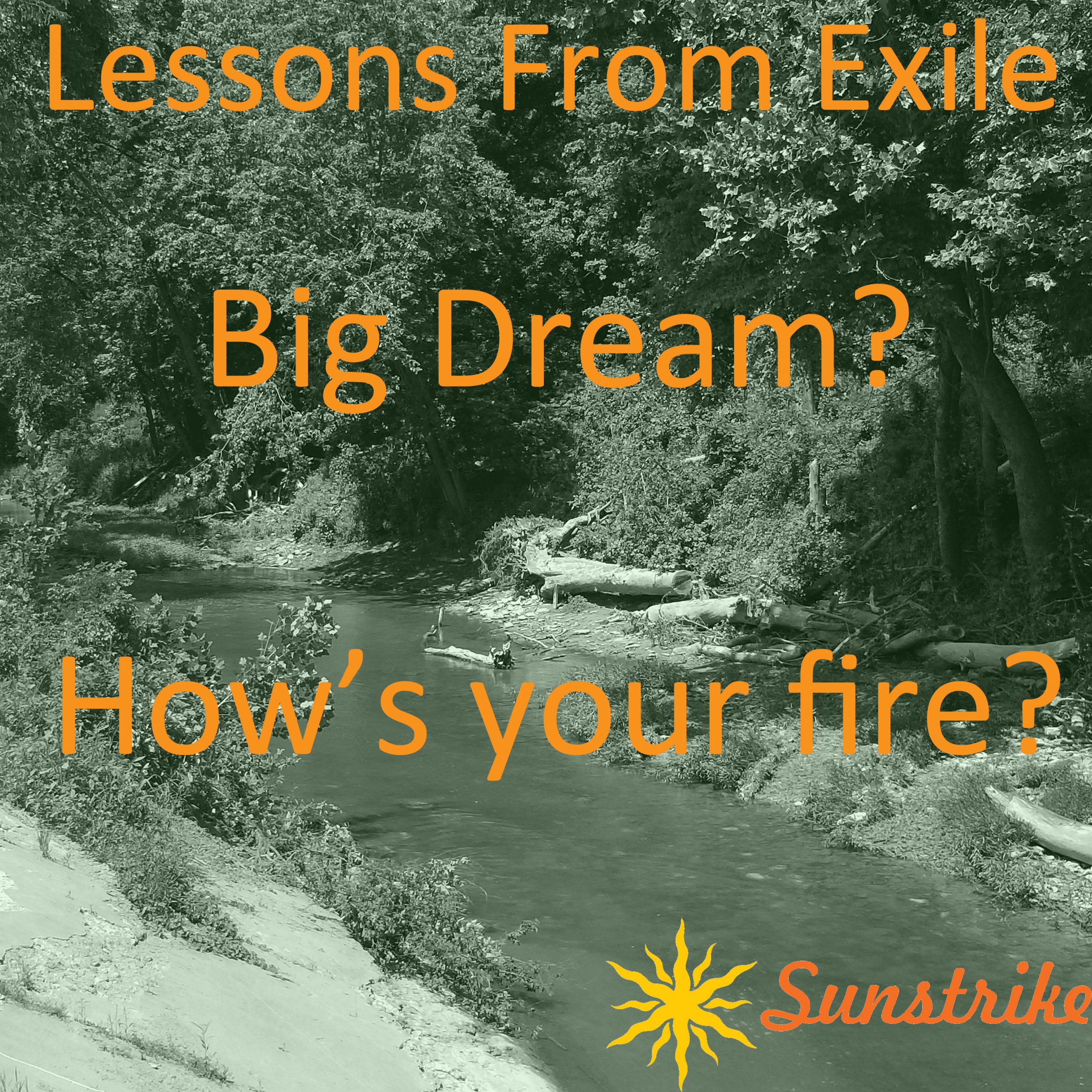 Got this big project you want to do? If you want it to make its greatest impact, you better plant the seeds and begin preparations well-in-advance. Am I saying that you can’t make it happen overnight? Nope. Not saying that. I’m saying that last-minute efforts get last-minute results and likely little lasting impact.

Example A: The Flash Fire

You dump wood randomly in a pile. You pour gasoline over it. Then, you light a match and hope you don’t get burned from the initial FWOOSH.

Sure, this is the quickest way to light a potentially huge fire, BUT… Your wood burns out quickly, which means you have to throw in more. You’ve got no way to contain it, which may mean that it my rage out of control. And – on top of all of that – you can’t roast anything on it. Well… I guess, you could, but since you used gasoline to light it your food would be soaked with carcinogens.

But hey… Your fire is HUGE, right?

Example B: The Working Fire

You dig a fire pit and line it with stones. After arranging and lighting your kindling – with a nonexplosive, noncarcinogenic accelerant – you carefully tend to your fire and strategically place your larger logs until you get those awesome white coals.

It takes a bit longer to set up this campfire, but it’s contained. It doesn’t use up as much wood and it burns longer. You aren’t risking yours and everyone else’s lives just lighting the match. You can roast hotdogs and marshmallows to your hearts content and even safely eat them.

Is your fire as huge? No, but it lasts longer. You can fuel it and stoke it for however long you need it. And it’s fully controlled.

Remember Example B? Yes, I know. You just read it. You’re going to do just about everything you did from Example B, except that before you even start the fire you will have created these two ramps on either side of the fire. Wait? What? And on these two ramps, you are going to stack your larger logs.

As the fire burns, the logs will roll down to fuel it. Will it be a big fire? No. A big fire would consume everything. But it will be a constant fire. And it will be largely self-sustaining, because any logs you add to the ramps afterward will not actually be burned until hours later. It still requires stoking and clearing, but not on the level you needed before.

If you want your project to be fully functional with impact, you’ll take the time to build Example B.

If you want your project to outlast you and produce so others can build around it, then you’ll spend your time on Example C. Yes, it takes longer to set up. That lead-in preparation will save time afterward, require less maintenance, and last much longer.

Example C is how you grow.

And just because I know that someone is going to take something out of context, these three examples are metaphors for what you do in your ministry. The point is that you can go about it:

A.) Haphazardly for quick results that burn out your resources and your people

B.) Carefully planned and prepared with adequate lead-in time, allocation of resources, and an end-result you can duplicate

C.) Strategically planned and executed to maximize resources and personnel with a framework that can be duplicated and built on and delegated.