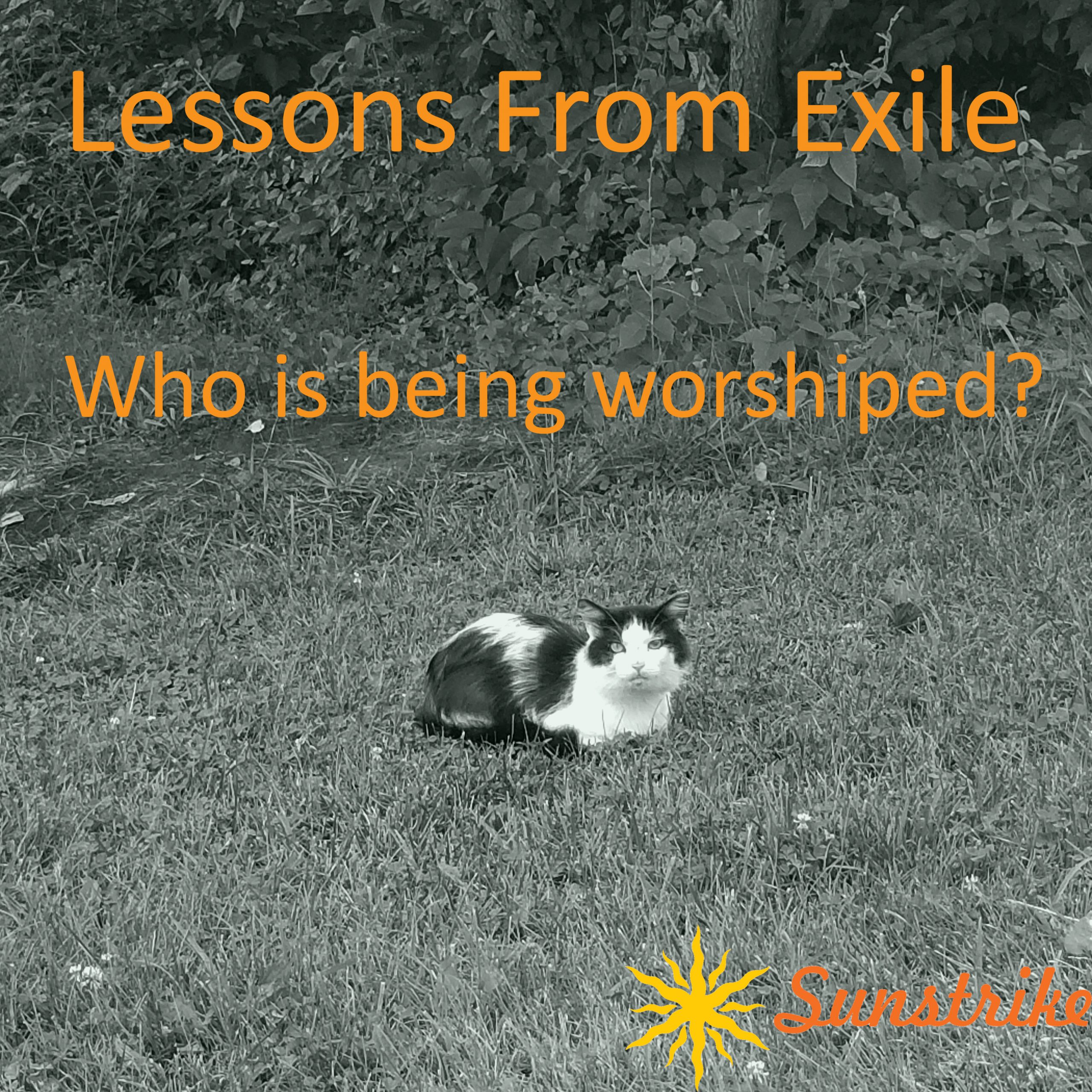 Does your church worship Jesus? Or does it worship itself?

In case you haven’t gathered by this entire series or even the previous sentence, it will likely be a cold day in Hell before I take another regular position at a church. Even if some church body was still inclined to entertain me after reading this series or my Twitter feed, I have no desire to waste any more years of my life doing the same old tired shit so that Church Smith can keep up with Church Jones.

I gave three years of my life at shitty pay (that didn’t match what I was paid by the poorest Catholic Church in Cincinnati with NO resources) to build a worship program out of my ass (and time and personal contacts and money) for a church start-up that viewed me as nothing but a grunt there to do all the work the guy they really wanted (and I fucking helped them get) didn’t want to do.

My own fucking fault. I knew going in that I was going to be betrayed, which was why I initially turned the job down. I knew who was going to do it. I knew what he was waiting for me to do. (Build all of the worship infrastructure and recruit a band that could run without me.) I knew what was going to be “on the table” that would spur him to make his final move against me. (Brand new accommodations. Congratulations.) The last few months, I even knew who he was eyeing as my replacement. (Congratulations to you, too, I suppose.) I knew all of this and I took the job anyway. Even more, I let said person get in my head and manipulate me repeatedly until I was questioning my own intuition at every red flag.

And that’s what manipulative gaslighting Narcissists do while preemptively alienating you from everyone else before triggering you and then playing the victim when you push back. They trick you into enabling your own mistreatment.

Yes, I went there. Yes, my give a fuck has been broken.

Let me tell you: The Church is supposed to be the Hands and Feet of the Son of Almighty God Himself. Along with that is a responsibility to act in a way that reflects Him, not the idols of ambition, commercialism, image, and brand-building. Jesus never said “The ends justify the means” and any so-called church leader who resorts to said means – manipulation, exploitation, deception, etc. – needs to be called out and made to answer for his behavior, regardless of what “exciting new initiatives” are in the works, how it affects the image of the church, or whatever potential backlash there is.

And they get hurt in ways that go far beyond a stinging rebuke.

This is faith-killing shit. These are thorny weeds smothering the seeds of righteousness. This drives an increasingly-secular world to be even more skeptical of anyone who purports to be “Representatives of Christ.” This drives talented people right out of ministry and quite possibly out of church altogether. This teaches the most vulnerable among us that the church’s image and standing are more important than their safety and well-being!

Do you know anything about the #ChurchToo movement? It didn’t happen in a vacuum! This is spiritual abuse on top of whatever else is happening within their walls.

Pastors are all-too-aware of the power-imbalance and influence that comes with their positions of authority.

It only takes one to abuse this gift to satisfy their personal agenda – aka idols of power, ambition, greed, laziness, etc. – that can cause immeasurable harm be it through action or inaction with consequences that radiate for beyond the focal point. When a pastor uses this gift in this way, they must be called to answer immediately. NOT at the church board meeting that only happens every three months.

There is no authority without accountability; there is only a disaster waiting to happen.

When I wrote the first draft of this article, I seriously debated whether any good would come from posting it. It won’t magically erase the last three and a half years of my life I spent launching a church. It’s not going to restore the fellowship with the community I helped build or the 40+ musicians I recruited and subsequently lost “in the divorce.” It’s not going to restore the trust that has been broken or my friendships that have been destroyed. The bridge is good and burned and there is a river of lava flowing beneath it. I seriously don’t have a thing to gain and quite possibly might lose even more.

And yet… Here’s the thing:

If I stay silent, I’m just enabling this bullshit. Everyone knows sin thrives in the dark, but no one wants to root it out because that involves acknowledging that it’s right there looking at you. It’s far easier to pretend it doesn’t exist – and brush off the pain and anger of the people who have been affected – than it is to “Confront the Brother who sinned” and risk tarnishing everybody.

Most people are the same way. It’s easier to deny the existence of systemic racism than to acknowledge that you had no reason to call the police on the kids walking through your neighborhood. Or that you only keep that “Black friend” around to shield you against accusations of racism.