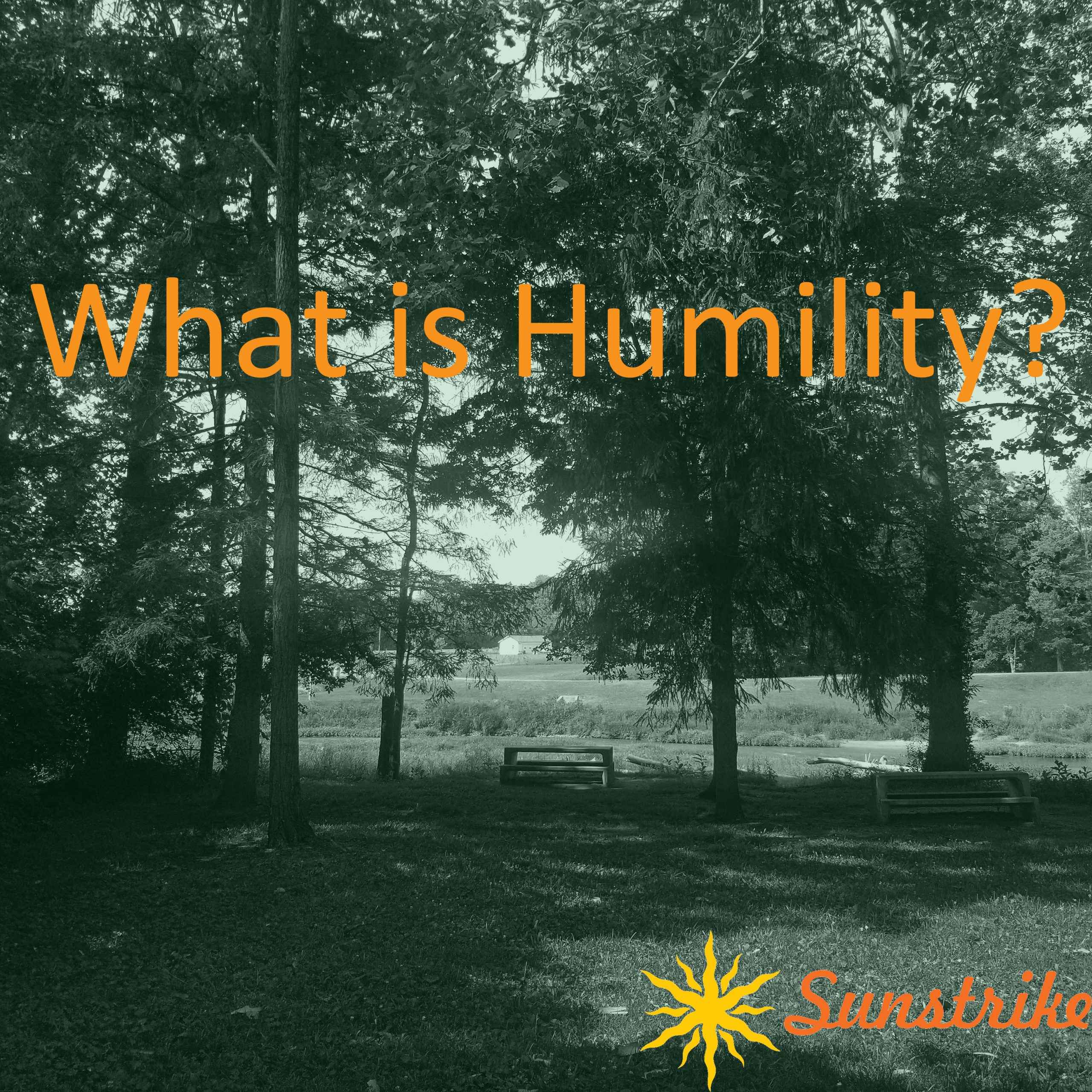 According to Merriam-Webster, humility is defined as “freedom from pride or arrogance” or “the state of being humble.” Both humility and the word “humble” come from the Latin word “humilis”, which means “low.” If you want to look it up, run a Google search. There’s even a Wikipedia page about humility.

Humbleness and humility tend to be peak topics in The Church, as it should. After all, how many examples can be found throughout the Bible? It’s chock full of people introducing themselves to complete strangers as “your meek and humble servant” even leading to the prominent narrative of Jesus Christ – God Incarnate in the flesh – living among us mortals, serving Man, and offering Himself as a living sacrifice to restore our relationship to God the Father. A true understanding of humility and servanthood should be a part of every discussion on Sunday morning. And yet…

There are people who take advantage of it.

A few years ago, I was negotiating for a position as a Minister of Music at a Catholic church. It had actually been the third time with the same church that this had occurred. There was a high turnover at this church. Each time, I had declined for the same reason: salary. This isn’t to say that I could only do it for money. Money isn’t everything, but it isn’t unimportant, either. Money reveals priorities and commitment. Given my skill level and what I would have to do to basically build a worship program from the ground up, money was a way of making sure the church was really going to commit to supporting my efforts. If you want the world and only commit $75, then you aren’t serious.

The offer was ridiculous, just like it was the first two times I declined it. I came back with a ridiculous counter-offer to make a point. The priest laughed (angrily) and said I needed to reconsider their initial offer and to look upon it with a servant’s heart. He then told someone in the Archdiocese that I had an attitude problem.

Yeah… Go figure. I like to eat. I had also worked at that church four weeks at a reduced wage while we negotiated. We had the discussion before. As I said in my letter when I declined it, until the church improved the salary on that position, their turnover problems were going to continue. Could I have overhauled it? Absolutely. And amazingly so. But not without the resources and commitment from the church itself. The priest wasn’t serious about committing them, which indicated I would be looking at other problems in the future.

Just because you can doesn’t mean that you should.

The priest asserted that because I declined his (ridiculous and problematic) offer that it reflected a glaring arrogance – aka lack of humility – and spiritual weakness on my part. Maybe so. Maybe not. I was caregiving full-time and didn’t have years of my life to dedicate to building up a program for free. Not only would it be a waste of my time and energy, but it wouldn’t even be appreciated. I’ve seen it and I’ve been there before.

It reveals a striking entitlement mentality that unfortunately is not all that uncommon in The Church.

Don’t get me wrong; I’m about serving others. Music is very much one way to open the door, set the tone, really make a mark, and even heal in ways we can’t perceive. Many people have found fulfillment,  growth, or revitalization in some part of their lives by joining the worship team or the choir. These groups encourage building relationships outside of the regular church service and practice, which is amazing.

The Church – while important – is not God. The Church is not entitled to my efforts. It’s not entitled to anyone’s efforts. The sooner it realizes that and honors people and actually appreciates them as the precious gifts they – not their abilities – are, the better it will be. This may be a shocker to realize, but people aren’t lining up outside your doors just WAITING to serve! Hitting them with “the meek and humble servant, don’t you want to serve JESUS” bit in order to manipulate them to serve is nothing short of spiritual abuse.

No. Humility has nothing to do with asserting your nothingness. It isn’t about doing things for people at no cost. It isn’t about putting on an act for the comfort of other people. It isn’t about dialing your talents and abilities back to a minimal level so as not to stand out or intimidate anyone.

Humility – true humility – is a radical self-awareness about you, your gifts, your experiences, and how they all intersect with the world and the people around you. It is acting in complete honesty to yourself and to God about who you are and the responsibilities that being you entails. Depending on the situation, that may be gentle or brutal, but above all it should be genuine and in good faith.

Now go forth and be humble, you arrogant braggarts.