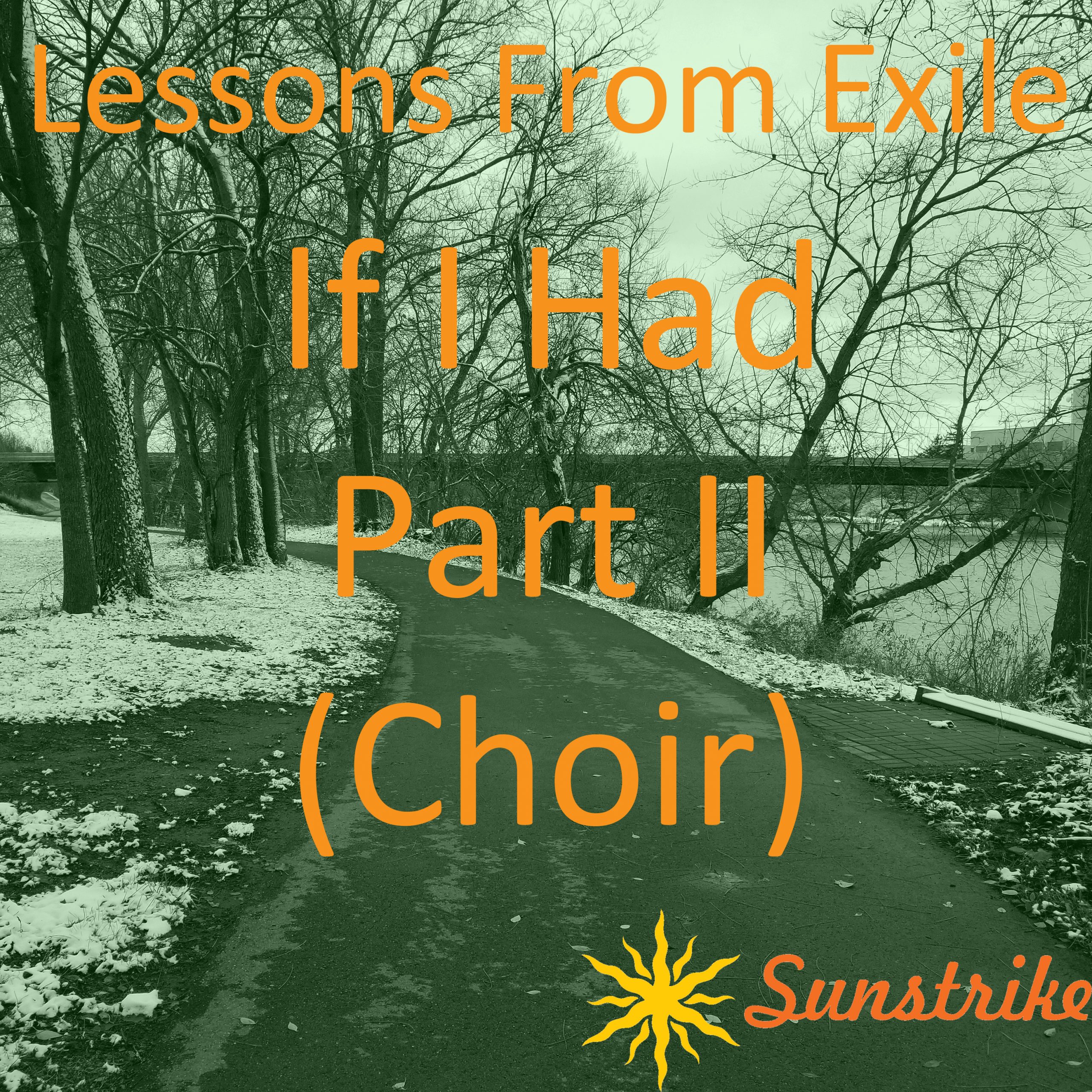 Wednesday, I threw out how I had analyzed and then tackled the recurring problem of grossly-understaffed media. Crash-course: The media director was driven out. The media team left. Rather than hire another one, it got dumped on me. I came up with a plan. Shithead interrupted it. I adapted. Called friends to train and put feelers out to tap wider network. Then COVID interrupted Plan B. Combination of sabotage, indifference, negligence, and “shit happens.”

Yesterday, I hit on Elitism/Cliques on the Worship. Crash course: Some people are truly full of themselves, see the singers/leader as church celebrities, look down on the rest of the team, and create this atmosphere where others must be “worthy” to singing up there with them. My take on it is that as a director/leader, you should be creating avenues for more people to participate.

So… How would I go about doing that?

As I said before, the biggest thing that held me back – aside from my former employer – was the lack of worship/rehearsal space. (They don’t have that problem, now. Since they only wanted me around long enough to fucking set up everything so my former ministry partner and replacement didn’t have to…)

First off, the choir would have been brought back. For people not ready or able to sing regularly in the worship team with its often-rushed schedule, this would have been ideal. Assuming the choir hits in worship once a month (or every other month), we could really focus on 3-4 songs over three weeks of rehearsal so they feel confident by the time they go. It would require more advance planning and preparation, but more people would be involved. It would also give the director the opportunity to get to know them, their voices, and how quickly they learn.

Some people might be perfectly capable of hitting with the worship team from time to time. Others just need to build that confidence. With a regular weekly rehearsal on schedule, it would also set a natural bridge for someone fresh to the church who may feel intimidated just approaching the director. People audition for the worship team, but anyone can be in the choir. There need to be avenues like that to peel back the intimidation factor.

And when I say anyone, I mean anyone. I’m not checking to see if they can hold a tune or are tone-deaf. (One of the most reliable people in any choir I directed was tone-deaf.) I’m not checking for church membership or baptism. I’m not even checking whether or not they have fully accepted Christ as their Lord and Savior.

That’s right. I said I don’t check whether choir members have fully accepted Jesus Christ as their Lord and Savior.

Let me explain: Yes, when the choir sings for the congregation, it is performing the function of music ministry. They are acting as ministers to the congregation and leading them in worshiping God Almighty. I fully understand and agree with that. However, the choir itself is also functioning as a ministry to its members. How do I know that the avowed atheist who enjoys singing worship songs with the choir won’t have an encounter with Jesus that shakes their spiritual center? I don’t. And by putting up a barrier, I could be cutting off a potential avenue for Him to work.

Jesus can use anything and anyone to do whatever He wants.

If you want to apply a stricter standard to worship leaders than choir members, I understand that. In fact, you should. It’s a different level of interaction. That said, you’re only hamstringing yourself if you think in terms of “Here are my elite worship leaders and then all the little choir people who aren’t good enough to be up here with US…” They may both lead worship, but the dynamic is different.

The Choir is basic onboarding. It’s the safest and easiest way to provide a route to get people involved, no matter their level or their skill. And you honestly never know who they might bring.