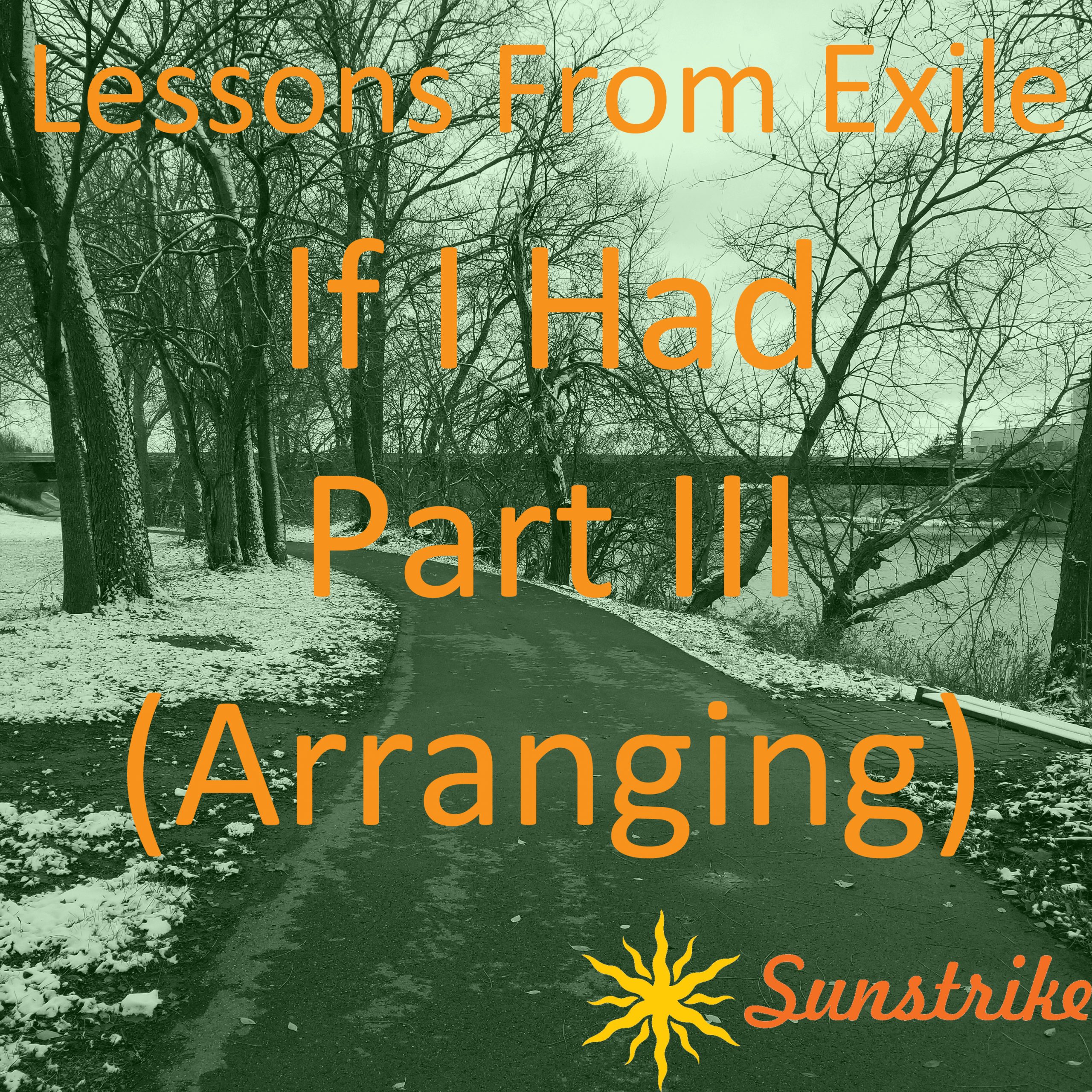 Most worship leaders don’t have the chops or musical background to create original arrangements and most musical directors don’t have the time. So they either rely on written scores by others – if they read music – or they (usually) rip off someone’s recording. If a horn section is brought in, they either transcribe their own parts or they’re just thrown into the wind to pull something out of thin air. And then the vocals? Again, they either rip them off a recording or they do the usual thing where the harmonic parts mirror the melody.

I’m not saying that doing anything listed above is necessarily bad or inferior. As a music director, I’ve done each of them plenty of times. More times than I haven’t, actually. The problem with doing relying solely on it is that it limits you and your team in what you are capable of doing. And straight out, some people don’t understand the difference between “freedom” and outright “musical anarchy.” With a bit of preparation – and knowledge of your team’s strengths and abilities – you can strike a balance between structure and freedom that will set the ground for what you are after.

When you’ve spent years in the trenches playing different genres, you pick up a few things. As I’ve mentioned in earlier entries, I’m currently in a Latin Salsa band. I’ve spent years working with jazz combos and jazz orchestras. There’s a list of musicals where I’ve directed the music or played the rehearsal scores on my website. I have a regional award for one theatrical production sitting on my shelf that I won almost 16 years ago after I scored every single vocal and instrumental part.

Bands/orchestras made up of “unconventional” instrumentation don’t bother me. In fact, I actually prefer them because there’s a certain challenge into figuring out how they can work effectively. Why the hell does every worship band out there have to reflect a rock band? Throw a banjo, fiddle, Latin Percussion, and cello onstage. Why do all the harmony vocals have to mirror the melody independent of the chords the band is playing? You think Barbershop quartets or Take 6 rely on that style?

Though I have caught a lot of – frankly – ignorant shit from ignorant people who don’t understand the relevance of having a background in Music Theory and Analysis, that experience has been indispensable in how I’ve approached any of this. Music theory is the study of how music is put together. I’m used to breaking down the elements and looking at how they work together. Do you realize how many songs – worship and otherwise – use the same four chords? If you pick the right ones, you can slap them right on top of each other without the band changing what they are doing! Do you realize you can change a song from major to minor with minimal changes to the melody? Change the harmony.

When you understand musical elements, how they fit together, and what to tweak, you can “easily” shift a song from one style to another. Ever thought about doing “Softly and Tenderly, Jesus is Calling” in Latin Salsa with a full horn section or a pregon? Even know what a pregon is? Or create a smooth jazz arrangement of “In the Garden”? Or take “Reckless Love” and make it into a Bossa Nova?

Having this background not only dramatically increases the number of options at your disposal, it also allows you to better tailor things to the people on your team. You know… provided that you actually know and respect them and what they can contribute. This could be in different levels, too.

A couple of months ago, I wrote out a simplified arrangement of “No Longer Slaves” for a friend who was just starting her journey learning how to play harp. First, I took the time to get to know what she was used to seeing and where she was musically. Then, I stripped the song down and adapted it for her. If she were in my (now nonexistent) church, I would have written a different version that would allow her to play with the worship team. As she grows and gains more confidence in her instrument, I would be able to tweak her arrangement to reflect that and to continue to challenge her. Arranging to match her level would provide an onboarding ramp to join the worship team and potentially create more opportunities down the road.

Remember what I said in earlier entries about planting seeds? Plant them now and they will bear fruit later.