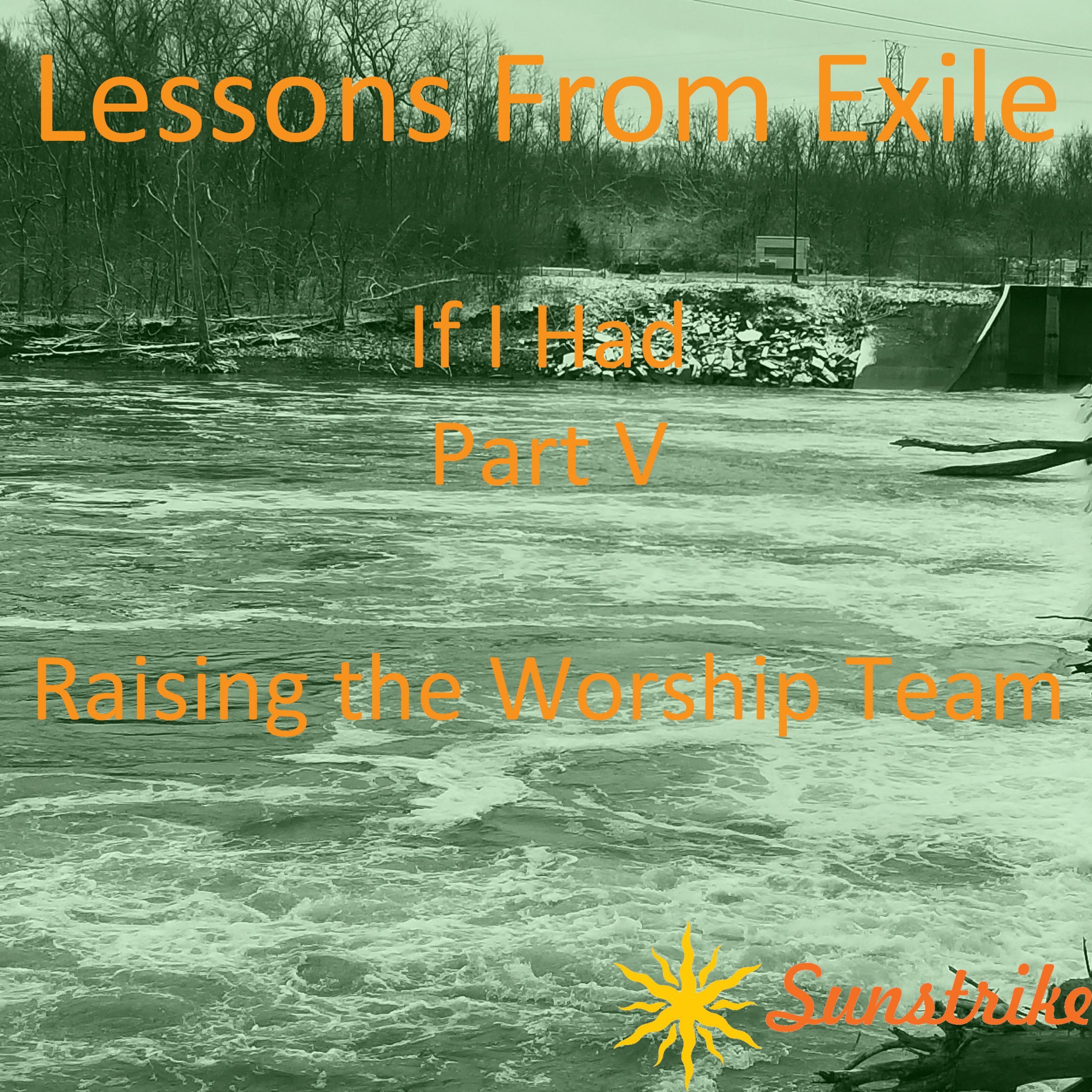 As I said in the earlier “If I Had” installments, putting this out there is a bit on the pointless side as this is just now the remnants of a dead vision my former employers would have preferred to come from someone else. All I ever was to them was a grunt to do the work no one else wanted to do. Once I built the team and infrastructure that could run without me, they cut me loose… after waiting for me to call back the band and set up shit for the live services they never intended me to be part of.

Why do I keep bringing this up? Three reasons.

So… I’ve discussed solving the church’s media problem and then hit on choir, arranging, and coaching. All of them touched a bit on Worship, not only as the celebration of the Almighty God, but as a means of engaging our people. Now… “Raising the Worship Team.” What’s that about?

When I recruited the musicians for the place-that-shall-not-be-named, I hit my professional networks. Musicians you know refer other musicians. Some reach out to you. Others, you dig for. Many don’t follow up. It’s the nature of the beast. My focus after getting them on board was making sure they had everything they needed to do the best job they could and seeing that they were paid promptly. Prioritize the people you count on and God delivers.

When I was cut loose, I was leading musicians from some of the best rock, bluegrass, jazz, and salsa bands in town! Of course, the downside to it is that Shithead realized they could run without me and had no problem cutting me out of the very ministry I built. (Yeah… That motherfucker can still fry in Hell.) If only dumbass thought past the end of his nose…

When you consistently have the best musicians in town, what’s the next logical step? Invite them to step up in various ways. Create and develop opportunities for them to lead in the area of their strengths. I was actually starting that up before COVID shut us down.

When we did a Latin Salsa-themed service, I tapped my friends with the salsa band I happen to be a part of. We worked together to see it to it the music was authentic with the Latin Percussion while fully incorporating the rest of the regular worship team. A friend and I split the scoring/arranging duties. He and his brother-in-law led the congregation in an amazing prayer in Spanish. It was freaking amazing and was the highest-attended service for that slot. Could I have done it myself? Maybe… but it was a hell of a lot better by inviting them to operate and lead the charge.

The next “biggie” was a Jazz worship service. That’s a bit more up my creek, so I invited an amazing jazz vocalist friend of mine, tapped my team, scored out the horn and vocal parts, and set her up to do her thing. It was a hit.

Not too long after that, I had been working with one of the worship leaders (who is Brazilian) to develop a Portuguese worship service. I had taken some songs she suggested and knew – which had been translated into Portuguese – and converted them into Samba and Bossa Nova with the full horn parts. The plan was to work with her and a few Brazilians in our congregation to infuse it every way we could and set the stage to build on it. This particular service got derailed by COVID shutting everything down, but the plan was still the same. Create the opportunity and invite others to speak into Worship and fully equip them.

An Americana-themed service was also in the pipeline and I had been in talks with one of my favorite pianists – a man who can deliver like Dr. John – about how he would lead his own.

The point was that I wasn’t just looking at my team as servants or hired guns I could “plug and play” to fill out my band roster, but rather brothers and sisters with a wealth of knowledge and experience that I could invite to regularly speak into worship.

Make no mistake about it. I was still running the show. When you’re the leader and it’s your job to make sure everything happens and comes together, you don’t get to abdicate your responsibility just because someone else is in the spotlight. You develop a process to work them through, make sure they work with everything in previous weeks, ensure the worship team has what they need, and fill in the other areas. In other words… You do what all leaders should be doing for their people.

Someone should remind my former employer of that…

Setting this up requires more work that simply “copying these recordings” and needs more advanced planning and scheduling, but the potential results for the long-term are well worth it. Don’t claim you want the worship team to be part of the church if you never invite them to actually BE part of the church.