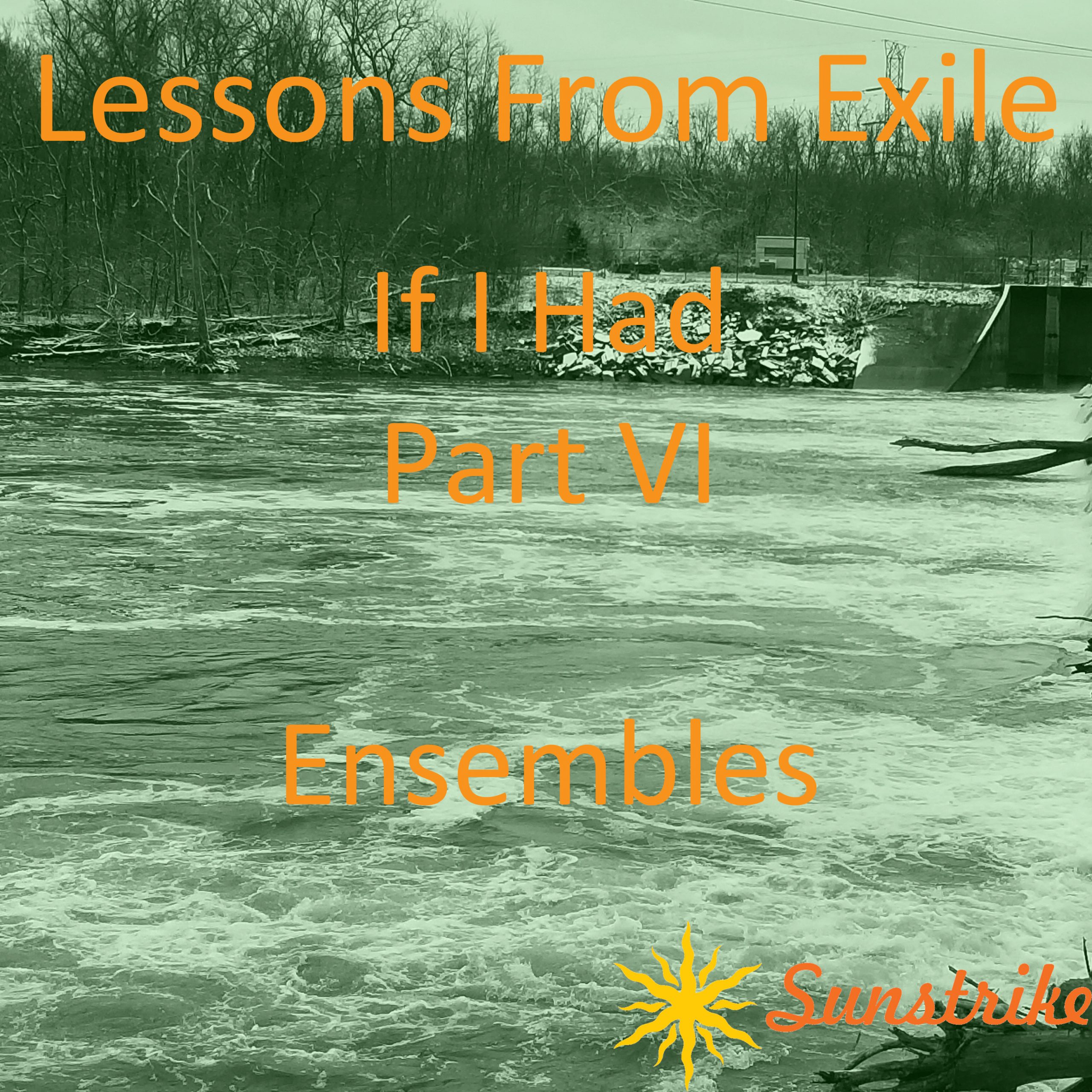 The “theme” of the “If I Had” series – aside from exploring areas where I was working and planning before I was fired – has focused on Worship as a form of engagement. Whether or not you believe I would have done these things is moot. I had already set some things into place and gathered key personnel.

Yesterday, I discussed inviting members of the worship team to speak into the process in their areas of experience and gave specific examples I’d already carried out or was setting into motion. (You know… Before COVID… and the bullshit firing.) Shithead was so determined to remove my voice from the ministry I built from scratch just to put me in place that he never considered just how much he was fucking himself over.

As I’ve said repeatedly, this vision is dead in the water. My former ministry partner and his “bestie” aka my replacement do not have the strategic foresight, chops, or work ethic to do it. If they want to steal these ideas, have at it. Ideas don’t get things done. Execution does. I began working these ideas and building the relationships back when we started. You get the benefit of my past work, but neither the background or the relationships. Congratulations.

So… Anyway… Part VI is a bit of an extension of Part V.

A couple of years ago, I had the intentions of starting a drum choir. The first time I tried, I did not have the right person to lead it up. The second time, I had someone interested, but I could not secure rehearsal space. (Shit costs money and my family was not on board with hosting it at my house.) Before COVID shut it all down, I knew the perfect people (already serving on the worship team) to head it up and had the preliminary discussions which involved a vision that fit in with everyone’s mission. It was just a matter of space and time.

Developing these win-win situations is what it is all about. Start the ensemble, help them find their groove, work out how it can fit in the larger life of the church, and then support them!

If you think hand drummers wouldn’t jump at the change to learn from professional congueros, then you are fucking nuts. And who knows? Maybe in time, this group could have spawned a core that would have become a church ambassador to the wider community. And even if not, think about the people sitting in your seats that would enjoy being part of it.

Another Dead-on-Arrival plan was a church concert band. A number of church members play wind instruments and are not invited to do it regularly as part of worship. Expanding even beyond the church walls, I know a number of people who would jump at the chance to play with a larger group especially if they got to do so along with their kids.

My Bachelors degree from Florida A&M University was in music education. I trained primarily as a choir director and then did my student teaching with a marching band. I have the background and experience to operate and direct a concert band myself… but even better, I had a colleague already serving on my worship team who does that for a living and expressed interest in leading it up. Even better that there were others also in our sphere we could have easily tapped to help us write and arrange for the band.

How fucking amazing could that have been? Imagine the memories and friendships that could have spawned. And like the DOA drum choir, that group could have been another ambassador for the church.

Let’s take it a step further. What happens when you put the concert band together with the drum choir? Or throw in a worship team or choir? With the right leadership, you can bring any group of musicians together.

Did you notice how both examples involved people I had built relationships with that were already serving on the worship team? Did you notice that these groups both flowed out of areas of these people’s specialties and interests? Ever consider the potential that it could help engage people maybe not directly in your network, but theirs?

Too many so-called worship leaders are sleeping on their people because they think of them only as plug-and-play pieces to drop into whatever slot they “need” for next Sunday! They don’t take the time – or even care – to get to know them on a personal or professional level and completely miss that they have valuable musical and cultural experiences that happened long before they ever set foot inside of your church. That’s what happens when you think of people more for “what you need from them” than as the beautifully and wonderfully-made Children of God that they are!

Then again… Many of these worship leaders are just following the example for them set by their pastors… Whoops. Did I write that? Sorry… Really. I am. Truly.

All of this shit starts by fucking planting the seeds – relationships – and tending to them. Too many people think too fucking small. They “talk” big and yet want to play everything safe and get absolutely nowhere… particularly because they don’t want to plan, work ahead, or seriously consider that people have a lot more to offer than just whatever you want them for.

But hey… What the hell do I know? Keep reading. I’ll teach you some things.