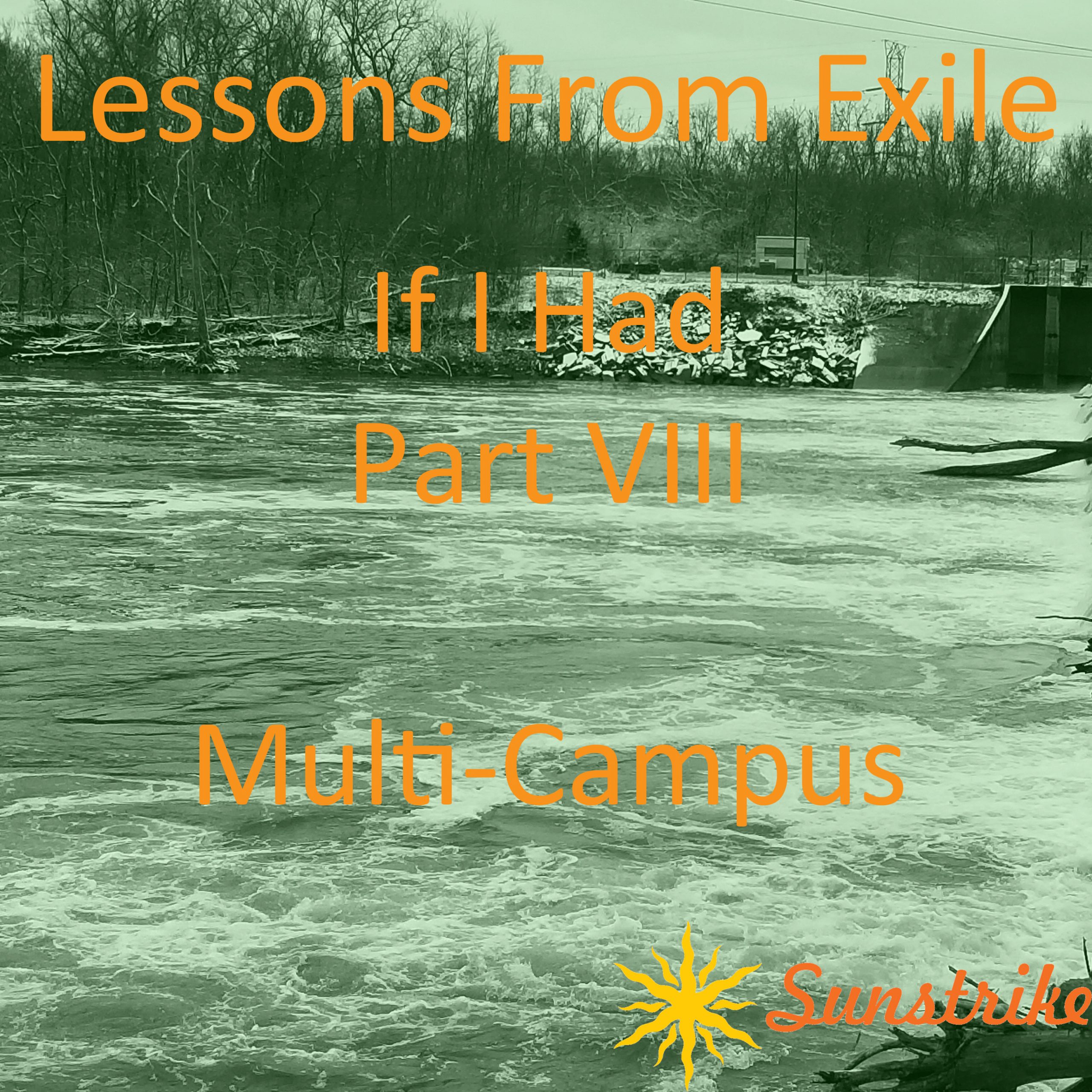 So… In this “If I Had” series, I’ve specifically looked at worship as a form of engagement, not only for people in the seats, but even with team members. I know that I’m on the eighth part of it, but they all focus on something a bit different. This particular one continues to build on ensembles and ambassadorship, but it ties into something else…

Waaaay back in Part I – which focused on my former workplace’s media problem – I mentioned how I recruited my friends (at other churches) to come in regularly and teach the soundboard and the next stage of my plan was to reach out to the Media Director of the mother church to possibly develop regular all-campus training that would benefit everyone. I had actually discussed the idea with the executive pastor at the mother church, but was waiting to get my friends in a rotation. Of course, the plan got derailed by COVID and my bullshit firing.

Shit happens. And maybe part of the problem was that Shithead didn’t want the mother church to know too much about the environment he created. I tend to doubt it was the first time his bullshit messed with the function of a church. Don’t know. Shithead can go fuck himself. In fact, I actually believe he already did fuck himself – and everyone else – and doesn’t have the fucking sense to know it.

Yesterday, I continued with the thread of tapping team members to build ensembles and for those ensembles to be potential ambassadors for the church. So… How am I tying this with my first post on media?

Send your ensembles around to other churches and invite them to send their ensembles to yours. It doesn’t have to be every weekend. (It’s much better if it isn’t.) If you are part of a multicampus church and are fielding a couple of ensembles, then arrange for one of them to lead worship at your sister church! This isn’t a new concept. My former church – the one I was at before the one that fired me – used to do that from time to time. My former workplace had a bit of a challenge because I was responsible for setting up the sound system and the lighting just so I could hold a rehearsal an hour before service. Since my former workplace scored permanent worship/rehearsal space (you know… that mysteriously fell into place after I did all the work recruiting and setting up their entire worship program…), they don’t have that problem. Good for them. Assholes.

I had already been in talks with the worship leaders at the mother church specifically to do a worship team swap from time to time. When you’re running multiple ensembles, it’s a bit easier to have one hold down your “main place” while you send the other one out and around. (You don’t have to do your takeover at the same time! Recognize that there are times even worship teams need breaks.)

Not only does it break up the routine, but it allows your various campuses to get to know you and your team. You also get to learn about their teams and quite possibly how you can help them (and likewise). And you never know… Maybe your ensemble may be able to engage someone at their campus in a way that they haven’t. Or maybe their ensemble may engage someone in your regular crowd.

The point is that it can be very easy in a multicampus situation to get so locked in “your corner” that you forget about everyone else. Maybe their networks know someone who can help you with your problems. Maybe you know someone who can help them with theirs. Maybe you know how to do something in a more efficient way than they do or vice versa. Maybe there is some potential project you can do together that will benefit everyone. You never know! The best way to find out? Get to know each other. And frankly, it’s in your best interest even if your teams get to know each other.

Your ensembles can create that icebreaker effect. In the end, it gives you far more options down the road than having just one worship team and keeping them “home” every weekend.