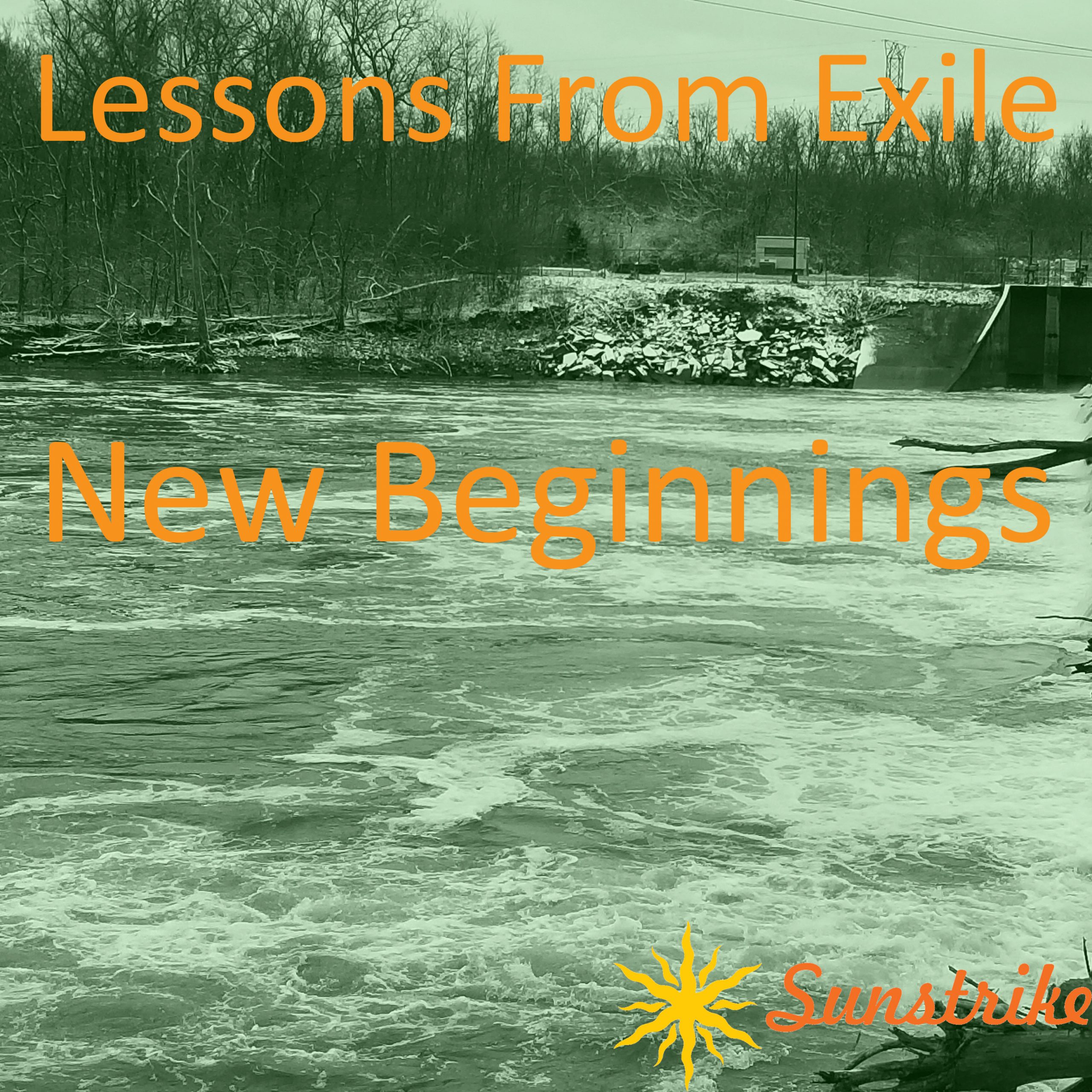 It’s a bit odd to be writing this, especially in light that 2021 will – or by the time this has posted – not start off with any major change except for the month and the last digit of the year. What’s-his-face will still be in office for three more weeks. COVID will likely see a dramatic uptick in cases because people still want to pretend its overblown, despite over 3000 deaths from it every day. Live music with yours truly will not be happening because I refuse to risk my 77-year-old mother’s life to make $50-75. I will still be broke and unemployed and figuring out a new direction because it will be a cold day in Hell before I ever again build a worship program from scratch at virtually no salary to have my creative voice cut out of it so that people too chickenshit to take the risks and too lazy to do the fucking work can benefit from and take credit for my shit.

Oh yeah. My fucks are still gone. My days of enabling church leaders and their shady shit is good and done. And no, you may not use my mother’s story to assume fake authority in the issues of Civil Rights Advocacy. If you want to make a name for yourself, get off your fucking ass, put your fucking neck out there, work with people WHO ARE ACTUALLY DOING IT, and take the lumps and the hits that come with FIGHTING FOR CIVIL RIGHTS rather than trying to buy it. You aren’t going to do that because it means you are going to get hit hard and your image will take an even greater hit. Never mind that it means nothing if you employ racial tropes and white privilege behind closed doors to manipulate a convenient-ass “narrative” against anyone who challenges you.

If you aren’t going to live it, stop speaking it. And save the crocodile tears. Everyone sees through that shit. Weaponized tears have been used to kill people of color since colonizers started arriving on this continent.

So. Yeah. 2021. More changes are coming. We can’t help that. None of use could have really imagined or foreseen what happened in 2020 or that we would be giving up church (gathering) for Lent… and beyond. My mom spoke at times about how scary it was in the days of the Polio epidemic with children in iron lungs and lifelong deformities, but to experience in my lifetime a disease that will likely kill over 500,000 Americans in a year’s time… Never crossed my mind.

As for me and what direction I’m going, I don’t really know. There are two more installments in the “If I Had” series that finishes laying out the creative arts vision I had for the worship program I was fired from. Actually, there is more… one of which my former employers could now easily do that would pay dividends down the line and likely haven’t thought of… BUT… Unlike me, my former ministry partner and his bestie/my replacement are actually getting paid, most likely with a bump since they got their new digs. It’s their job to figure out that shit themselves. They probably won’t. And it is sooooo simple. Simpler than everything else I’ve mentioned. Have fun with that.

The vision I’m laying out is dead in the water. And the sad thing is that part of why I’m done with ministry – you know… aside from the manipulated firing… and the fact that going public with how I was treated means no church will be touching me with a ten foot pole – is that I spent three years building a worship team of the best people, planting seeds to develop a true multiethnic worship experience, and set a path to build out a creative arts melting pot the like of which no one else around here is even approaching. These aren’t just empty words. I was doing it. I had the receipts. I had the people. The only things I didn’t have were the space… and the backing of my former pastors. They wanted my work, but they wanted others to get the credit and control it.

Congratulations. You got what you wanted. And it was only 33% done. You should be so proud of yourselves. All you had to do was go one more year without – you know – lying, manipulating, gaslighting or cutting me out of my own shit. You would have had about 66% then.

And yes… I thank God that COVID interrupted everything before I would have got any further. I thank God that Shithead made his final move while his ministry partner was on paternity leave. I praise Jesus Christ the Lord of Heaven and Earth that my former workplace posted that fake “Thank You” and Shithead’s wife sent me that letter telling me off and throwing his ministry partner – who was up until then one of my closest friends – under the bus. I celebrate every single fucking God-damned thing that happened because the Good Lord knows that as infuriating and devastating as this was that the damage to me would have been a Hell of a lot worse and far more explosive if I had carried everything out and then had to watch them hand everything over to people who wouldn’t work for it.

Here’s the thing where it comes to vision: Regardless of how amazing, compelling, or possible it is, you don’t get just one. Given how vivid it was, how far I’d progressed with it, and the people who entered into my life to help build it, there is no question in my mind it came from God Almighty. And it may very well be that God is telling me “It’s still alive… but that’s not where I wanted it.” I don’t know. I’ve learned that part of the deal is accepting that I may never fully understand the hows and whys of His decisions. Whatever I wind up doing, He’ll give me another one.

The night before Shithead blindsided me, I had prayed that God would lead me to a deeper level. Nope. This was not what I had in mind. And despite my obvious anger at what happened, the both physical and emotional isolation from the community I founded, the holding pattern I was forced into by the logistics of COVID and caregiving, I actually feel like I have grown closer to God during this time… which is way weird to me because I’m not even part of a local church.

Like everyone else, God has called me to be someone… and I believe to an extent, this experience was His way of breaking me of habits that weren’t serving me. First off, He wanted me to learn to listen to my gut and stop questioning my observations. That was largely what left me open to the gaslighting and manipulation. He wanted me to put the shit out there and stand in my convictions, even and especially when it isn’t “convenient” or “politically astute.” It’s not “peace” if it means someone is forced into silence or accepting open and blatant disrespect. He wanted me to know my worth and stop letting others devalue it. Make no mistake; I know my shit. I spent the energy and time gaining the skills and the experience and I’m not letting anyone insult it to score cheap points, particularly when they don’t know a Goddamn thing about what I’m doing and why. I’d say He especially wanted to break me of enabling my mistreatment and exploitation, much less in the name of “being a team player” or “getting along.” Yeah. Fuck that shit. And finally… He wanted to break me of whatever lingering push I may have had to place “image” over authenticity or truth.

Yes, there are likely more lessons He has in store for me. I didn’t write 100+ entries entirely just to bitch about Shithead.

A wise man once told me that when you stand in your convictions, others experience a “take-away” because they don’t get to keep you in the box they made for you anymore. It’s true. There are people who identify themselves solely by occupying a higher status than yours. If the dynamic changes for whatever reason, they get shaken and they fight to put it back to the way it was.

One of the conversations I had with myself early on after everything went down was about “deciding” who I really am. Did I do what I did because “it was my job” or did I do it because “that is who I am”? Where I eventually came to was “Who did it? My position or me?” It sure as hell wasn’t my position.

And some of the most important things I did? Sit with friends at hospice while they said good-bye to their loved ones. Visit people at the hospital. Quietly slip money to someone so she can buy groceries to get to payday. Hug a brother who just buried his son-in-law. Walk a neighborhood leveled by a tornado handing out cold soft drinks. Play in a gym with a bunch of kids. Transcribe a song for a music student. Go support a friend’s program. Hoist a loveseat over my head and carry it out to the dumpster for a woman I had just met at a bible study. Welcome a brother who just returned from jail.

This is all stuff I would have done anyway, though I’m clearly going to be more selective about who I do anything for. There’s a difference between giving of yourself to others and just outright enabling your mistreatment and abuse. The first is allowing God to use you for His business; the second is allowing MAN to use you for his own agenda. Though I did plenty of the first, the latter is what happened at my former workplace. And straight out… That is something that I will regret every day for the rest of my life.

I cannot trust any church that would pursue growth and status at the cost of employing the very tactics and tools of its avowed enemy. There is no scripture in the Bible where Jesus said “The ends justify the means.”

Sorry if you thought this was going to be one of those inspiring “2020 is gone. 2021 IS GOING TO ROCK” posts. Do know that while I don’t shy away from my anger that there is at the same time hope and optimism.

God has never left me. He is teaching me what it is to truly have faith in Him, even at times where I may very well be the least popular person in the church community. (Fuck… Don’t know if I even count as part of it, anymore.) And yeah, He is calling me to be what He wants me to be. That means there are things He wanted me to release… which are apparently not what everyone else wanted me to release!

God didn’t call me to make everyone comfortable, much less at the cost of myself. There’s a difference between Dying in Christ and just plain dying.

So… Time to figure out what this Living thing means for me, I guess. Happy New Year.