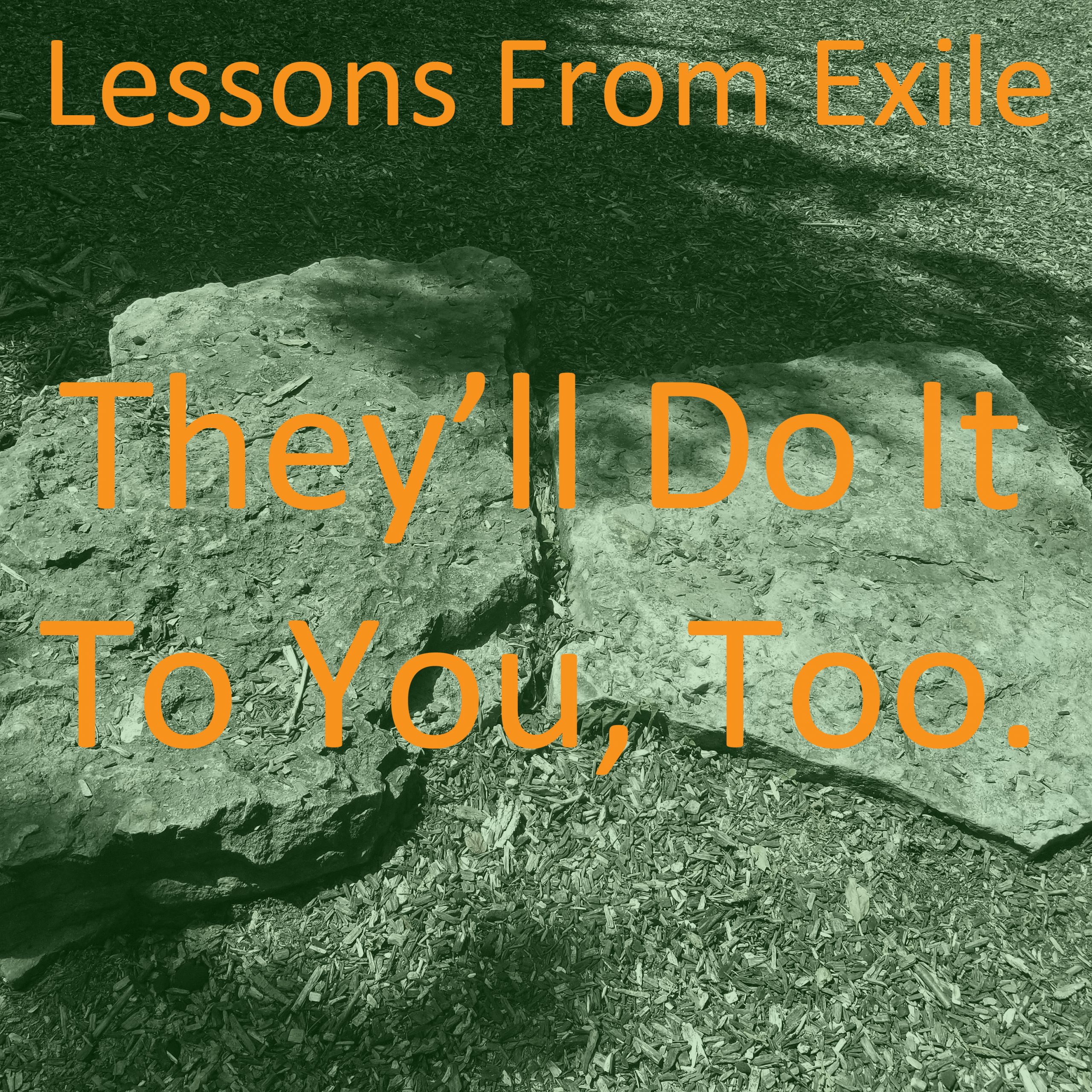 No one wakes up one day and decides “Ah… Yes… Today is the day I’m going to manipulate, gaslight, and alienate my first victim! Hmmmm… Which one shall it be? Who failed to worship at my altar last night? Time to wreck someone!” There is likely a pattern of behavior going back for years, if not decades. There is likely a list of past targets, enablers, and codependents going back to the beginning of the career and possibly even further.

There’s a pattern. And most likely with people like this, the absence of consequences means that the abuse gets bigger every fucking time.

So… As far as my former employer goes, I really only started getting to know him over the past four years, when I foolishly launched a church with him against my better judgment. I can’t speak for his other 20 years in ministry. I can say that in the four years I have known him, I am the sixth man who has been driven out from a total staff of nine.

After five months of separation myself, I’m really beginning to see the extent of his tactics. From the way he woos people to the gradual erosion of their boundaries to even how he sets people off against each other and undermines their trust. In retrospect, I now recognize how I was used against one of his previous targets… and I didn’t even know it.

Man #4 had called me up on the phone and said “I know you were trying to help with Shithead, but you made things worse!” Straight out… I had no clue what Man #4 was talking about. I tried to get details, but Man #4 was too upset. There had been no discussion between me and Shithead about him at all around that time, though I did know there was ongoing tension between them. (The fact I did “know” about it should have been another warning.) In my naivete, I told Shithead that Man #4 had approached me and suggested he may want to have a one-on-one. My thought was Man #4 was confused and Shithead needed to straighten things out with him.

Worst fucking thing I could have done.

What likely happened is that Shithead invoked my name in his conflict with Man #4. “Kareem thinks you… Kareem told me… Yadayadayada…” So, when Man #4 confronted me – and I had no clue what he was talking about – I of course would go to Shithead to say he needed to straighten something out. My actions reinforced Shithead’s story to Man #4 that I was working against him. The sad thing was that I inadvertently was and had no clue. It also alienated Man #4 and I from each other and provided more leverage for Shithead, quite possible against both of us. This is called a triangulation attack. I was likely not the only person Shithead used against Man #4 like that.

If I had been paying attention to my own instincts and not distracted by Shithead’s tactics, I would have recognized that both Man #4 and I were being played.

What Shithead did to Man #4, he also did to me. He likely did it to people from his previous church. And yes, he’ll do it to whoever his next target is going to be.

Recall Mordecai’s warning to Esther after the Hebrews were marked for genocide: “Do not think that because you are in the king’s house that you alone of all the Jews will escape.” (Esther 4:14)

My former coworkers have ghosted me. Shithead made sure to alienate me from them before he manipulated my termination… just as he did the others he cut before me. They aren’t going to read this. And even if they do, Shithead’s got them fooled. The guy can turn on waterworks and claim he’s being victimized in a second. Trust me. I’ve seen them. He’s really good at the crocodile tears act. He used them against me before to repeatedly make me question my own thoughts. That’s what gaslighters do.

All I’ll say is: He did it to me. And he’ll do it to you. And what he does to you may even be worse.

I’m not the first and I sure as hell won’t be the last.