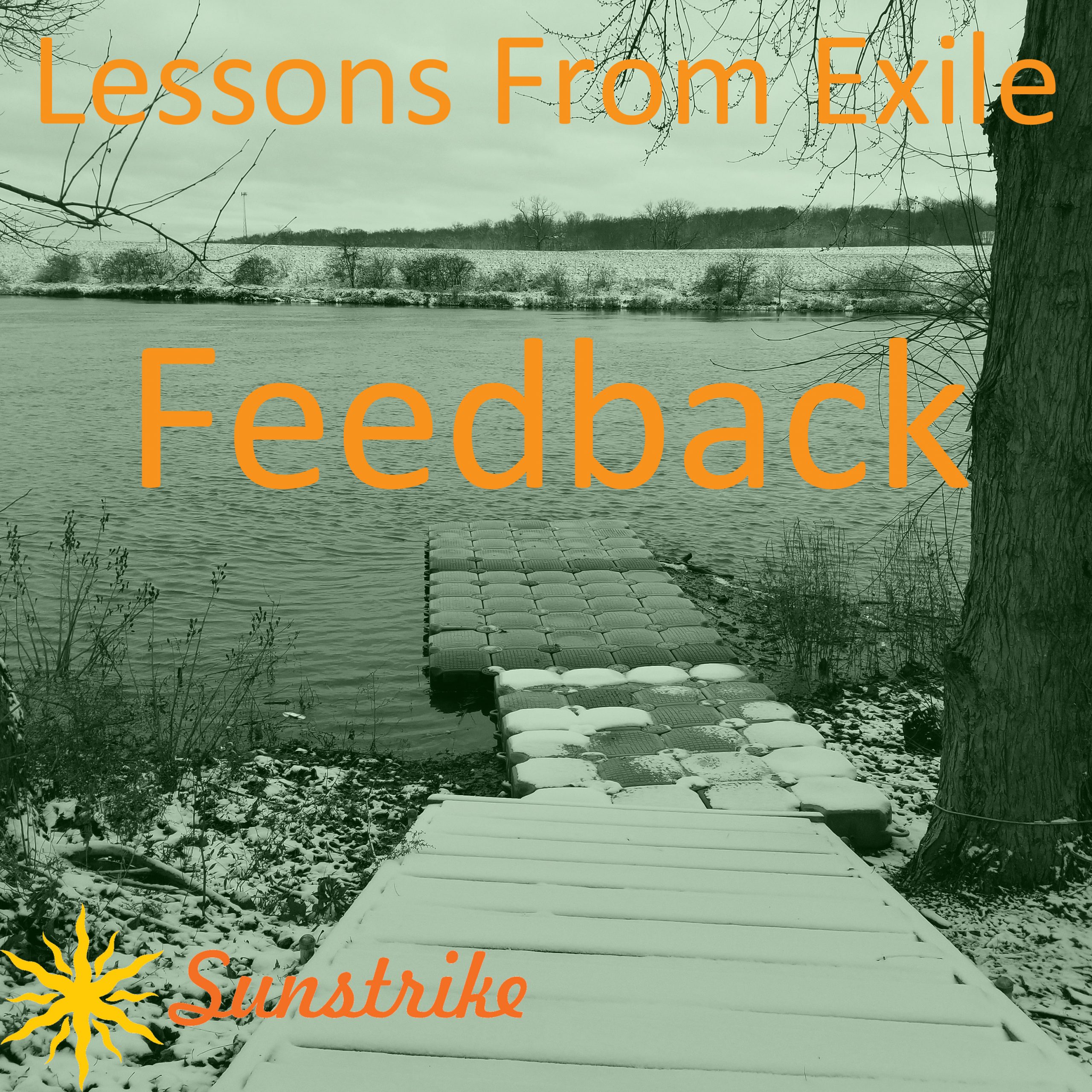 Understand that I’m all about feedback and accountability. (Agreeing or disagreeing with what you hear is another matter altogether.) My insistence is that criticism and suggestion have to be from a fully-informed and well-intentioned place, otherwise you can’t trust them! The pastor jumping on you about your rehearsal starting late knowing full-well that you didn’t have sound or power is probably not feedback that you should take seriously. (And if he does it publicly, that’s something you need to take up with him. That’s an alienation tactic.)

There is a time and a place and a way for everything, criticism included. There has to be a distinction made between genuine heart-felt feedback delivered with the utmost care and regard for the person it is intended… and a fucking dogpile, where you just open the door and invite everyone to slam their knives in. The first communicates you seek genuine improvement in that area. The second – sometimes disguised as an intervention – indicates you are isolating a target from everyone else through humiliation.

Watch out for the “fishing expedition” disguised as feedback. It’s one of the subtler tools of the master manipulator. They want to pretend you’re having a cool casual conversation while attempting to trick – or provoke you – into helping them shape the very case they want to build against you. They may also use it to dig for dirt on your coworkers or plant the seeds for isolation and triangulation. Once you’ve been around one enough to recognize when he is speaking out of both sides of his mouth, you can catch it in his tone. End the conversation immediately. There is nothing to be gained by continuing it.

You have to not only consider the source, but also what unspoken motives that source has. Some people are actually very straightforward and you can trust them. They’re a joy and you know they have your back. Others really just don’t want the heat to be on them, which may mean they would rather it be placed on you, quite possibly by willfully enabling and helping the manipulator.

Then, there are those who are conflict-avoidant… or so they say. They say they want peace and quiet and for everyone to get along, but that’s a bald-faced lie. For one thing, “peace” and “quiet” are not remotely the same thing. “Peace” means all parties have worked everything out and it is all on the same page. Working differences out is impossible without conflict. “Quiet” means that someone has been silenced or forced into submission, which plays directly into the hands of the manipulator. Imposed silence is not only used to snuff out dissent, but to shirk accountability.

Straight out: Never trust a so-called “peace-maker.” It’s not peace they want, but silence. If they really wanted peace, they would let people work out their own problems aka not playing middleman. They’re also prone to playing the triangulation game for the manipulator.

Don’t get me wrong. Feedback and criticism are vital components to growth, but not all feedback is growth-oriented or well-intentioned. Some is meaningless. Some is meant solely to build leverage, isolate, and destroy.