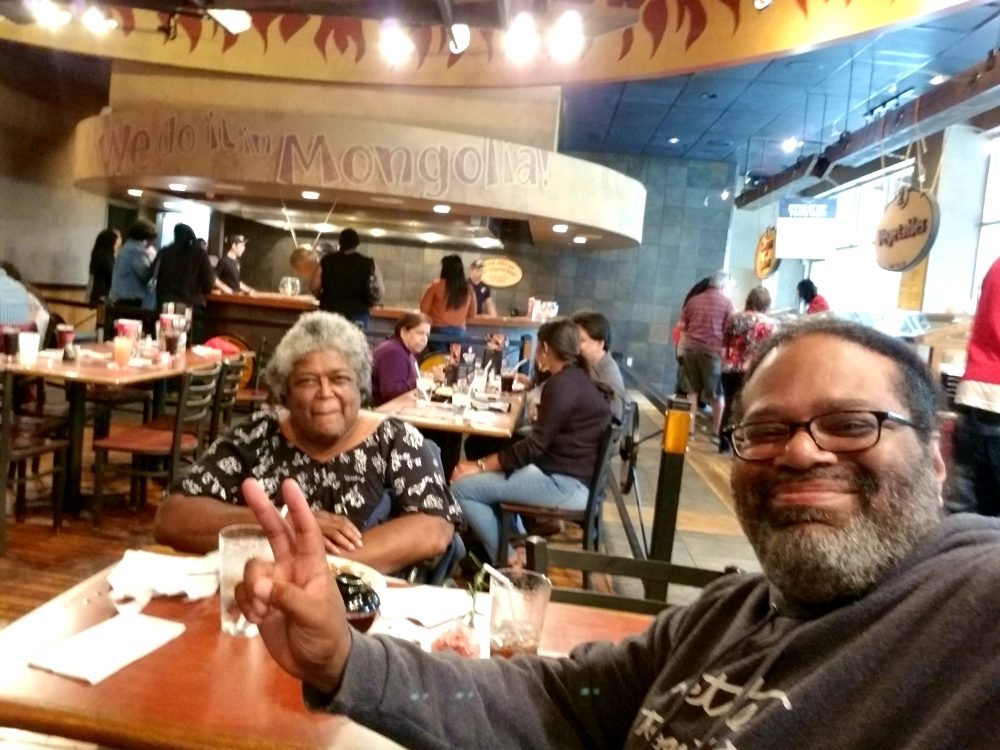 Sundays. If you read my post a week ago, you know that they tend to be hectic. Part of that is driven by my getting up at 4:30 AM and usually having three or less hours of sleep. In that respect, this week was no different. Total night owl plus early wake up time equals a necessary post-church coma after lunch.

Today was a bit different than usual. As I’ve mentioned before, my electric piano “gave up the ghost” and is currently in the shop. The one my church ordered – you know… because the church probably should have their own – was supposed to arrive, but there ended up being an unexpected delay. It happens. I’m not sweating it. While I am a pianist, I don’t magically forget how to direct a band just because I don’t have my instrument available. I decided we’d just roll without a keyboard.

Could I have scrambled and brought a keyboard? Yes, I could have. I actually have a 21-year-old electric piano that works just fine sitting next to the computer. It also weighs 103 pounds. In my younger gigging days, I would haul that thing everywhere, flop over on my back to screw it into the stand, and play it like it was nothing. I can still carry it. That said… I’m almost 42 and set my mother in and out of her wheelchair at least 11 times a day. I’m pushing my luck enough as it is. (Not to mention I’d have to do contortions to get it in the car around Mom’s wheelchair ramp and wheelchair.) A friend offered to lend me his today. I said “Nah.” We’d roll. I told the band. I expected them to adjust accordingly.

(That said… The drummer shook his head at me and dashed back to his house to get his keyboard this morning along with the stand and seat.)

It was a little tricky putting it together, but the band did just fine, just as I expected to. They’re great musicians that just had something yanked right out of the groove they are used to, so it took a bit to work out a different one. One of the things when you are directing a group is to figure out ways to make things tighter and empower people to figure certain things out. Sure, I direct and cue them, but I also try to give a lot of leeway for them to trust their instincts. In that sense, the more they can take ownership of their part, the more that frees up my mind, which allows me to more effectively read what my partner-in-crime wants to do.

If you have no idea what I’m talking about in the last paragraph, all I can say is that it makes perfect sense inside my head… and quite possibly only inside my head. The way I’ve got this thing planned out in my head… well… It would make perfect sense to a futurist. Most others would just assume I was crazy and they wouldn’t be too far off the mark.

For the record: No, I didn’t forget Mother’s Day.

There’s no way I could possibly forget it. In my experience, it has been the third most-attended church weekend behind Christmas and Easter. And Mom has been coming along with me ever since church music became my “occupation.” It backfired on her though. Mosaic Church hasn’t existed for two years yet. I jumped her case two months before we started because she confronted the Supervillain Vocallo for wearing a hat at one of our summer concerts. My words were “MOM… You CANNOT go around mothering my co-workers.” Vocallo told me to leave her alone and she could mother him all she wants. By September 17, 2017 – the day we launched – the entire church had dubbed her “Momma Jane.” I was informed in a January service by Reverend Doctor Dastardly Disaster that “She’s our Momma, too.” That’s why I came home from church today with four potted flowers, two carnations, and an orchid.

A running joke I tell Mom is that I’m going to return home one day to find my stuff sitting in the driveway and a few guys from our recovery community telling me that I’ve been evicted and they’re keeping Momma, my piano, and the dog.

Okay… I’ve already accepted I’ll be sleeping in my car if that happens.

Since salsa band rehearsal was called off tonight, I figured I could have a nice long post-church coma to make up for my less than three hours of sleep. An hour into it, I was wakened by a Charlie horse in my calf. Blech…

So… My brother – in all his annoyance – came into my office telling me that I had to come in the living room. He didn’t tell me why. I said “What is it?” F***er wouldn’t tell me. I walk in and my mother hands me the phone and says “Here’s Kareem, who is excited to talk to you!” They didn’t even tell me who it was on the phone. I was getting quite annoyed at this point and nearly said “No, I’m not” and walked away.

I’m glad I didn’t, because that was my niece and her mother on the phone. (F***er… You can’t tell me that’s your daughter and former wife on the phone? I should go to your bedroom and slap you for that alone.) Even more, they’re telling me that I need to tell my niece how proud I am of her.

They hadn’t even told me anything!

Don’t get me wrong; I’m proud of my niece for no other reason than she’s my niece. She doesn’t have to “earn” it. There’s nothing she can do about it one way or the other. I’m proud of that girl. Just go ahead and plan on etching that on your tombstone.

This not-yet-fifteen-year-old girl researched and wrote her own app for a science competition on won the top prize. I won’t tell mention what the app is – if for any other reason that I’m not helping some Google-browsing tech entrepreneur to steal her idea and work – but what I have to say is that the idea is surprisingly simple and practical and has possible medical applications beyond her focus. That’s the type of stuff that changes the world.

THAT’S MY NIECE! You better RESPECT that girl!

Wrapping up tonight by reflecting on all these “I’m _____________ old” posts on Facebook. Man… Some of these are hilarious! And I went there with “I’m ‘Denny’s wouldn’t seat my family’ old.” (In our hometown three miles from the house.) I thought about taking it down but ultimately decided if the point is “These kids today don’t know…” that maybe they need to be aware of all these things, both good and bad. Either that or I’m bitter.

I was hungry. Don’t f***ing discriminate against me when I’m hungry. I’ll remember it 30 years later and drag you because yes, I am indeed that f***ing petty.